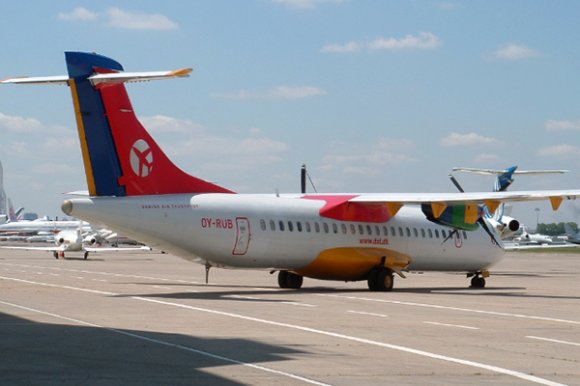 Danish Air Transport (DAT) will cut back its domestic routes in the face of continuing weak demand and, the airline alleges, the failure of the European Commission (EC) to provide adequate financial support.

DAT operates a mix of scheduled, charter and ACMI services with a fleet that includes Airbus A320s and A321s, McDonnell Douglas MD82/83s and several versions of ATR 72 turboprops.

“As a result of COVID-19 closure and thus sharply declining passenger numbers, DAT has decided to make significant reductions in domestic traffic,” the airline said in a statement.

DAT’s daily Central Jutland (KRP) to Copenhagen (CPH) service will be closed down until at least Jan. 2, 2021. Meanwhile its Aalborg (AAL)-CPH route will go from 7X-daily to just 2X-daily Monday-Thursday, while retaining the full schedule Friday-Sunday.

The route from the Baltic island of Bornholm (RNN) to CPH will be reduced to 6X-daily from 15X-daily.

"We strongly apologize for the inconvenience this will cause to our passengers," DAT director Jesper Rungholm said.

In a statement, DAT said that “a really complex support package” had been agreed to in June, but was later rejected by the EC. The EC noted that general support was provided to all Danish companies, together with special support to Scandinavian Airlines (SAS). Support for other airlines was limited to only DKK6 million ($940,000) per company for the rest of the year.

“The original support package of DKK135 million would have ensured that domestic flights could be maintained at a level from before the COVID-19 crisis and DAT would have received approximately DKK7 million in support in August alone and a little less in September,” the company said.

In autumn 2019, DAT flew an average of 185 domestic flights a week with a 62% load factor. In August and September 2020, that number shrank to 135 per week, with a 52% load factor. However, average flight ticket prices were almost 20% lower in an attempt to stimulate demand.

The new reduced route program for the rest of 2020 will see the number of weekly domestic sectors flown reduce to 110, with lower average fares.

"It is not possible for a small company like DAT to bear these losses on the routes and therefore we unfortunately have to shut down to a minimum while we wait for better times," Rungholm said.

"I am extremely disappointed with this process and the arrogance with which the EU Commission acts vis-à-vis the outer areas of Denmark. Obviously, West Jutland or Bornholm are just not very important when you are in Brussels.”