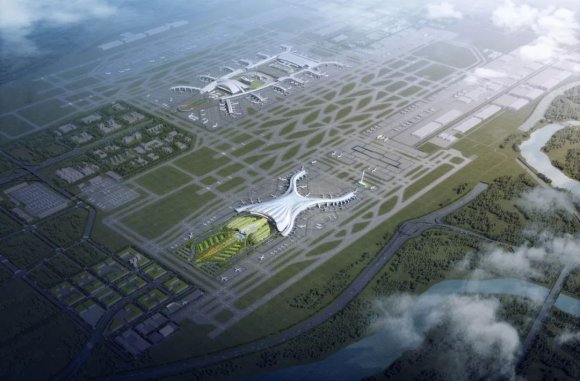 Work has begun at Guangzhou Baiyun International Airport (CAN) on China’s most ambitious and largest airport expansion project yet.

The airport aims to create a "fully automated and unmanned" travel experience for passengers and one of the design principles of T3 is to create a terminal with smart services, smart operations, and smart management, using 5G technology, big data, "Internet of Things," and artificial intelligence.

T3 will be connected to the older terminals and to the city via high-speed rail, enabling travelers to arrive in central Guangzhou within 20 mins. of landing.

Looking beyond the pandemic, the expansion of CAN is in line with the Chinese central government’s promotion of the Greater Bay Area (GBA) region, which consists of Guangzhou, Hong Kong, Macau and Shenzhen. Excluding Hong Kong and Macau, passenger throughput in GBA has more than tripled from 40.1 million in 2005 to 142 million in 2019. Over the Golden Week holidays starting from Oct. 1, the airport is expected to see at least 10,000 aircraft movements and 1.38 million passengers pass through its terminals.