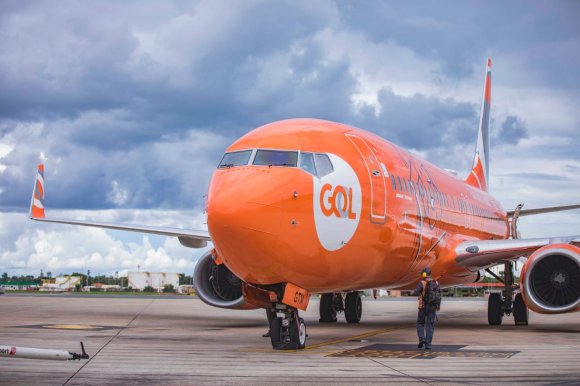 GOL Linhas Aéreas plans to increase capacity across its network by almost a fifth in October, restoring about 350,000 departure seats.

Data provided by OAG Schedules Analyser shows the carrier will operate about 2.1 million seats next month—a rise of 19.3% on September. Next month’s figure means overall capacity will be restored to about 54% of October 2019 levels.

From Brazil’s capital Brasília (BSB), GOL intends to add three new domestic routes to its network, and restore another. From Oct. 8, BSB will have direct flights to Navegantes (NVT) in Santa Catarina and Londrina (LDB) in Paraná. Both routes will be served 3X-weekly.

GOL said the two new routes would offer more connection opportunities for passengers in the south-east states of Santa Catarina and Paraná, enabling travelers to transfer to destinations in north and central Brazil.

On Oct. 14, the airline plans to launch 3X-weekly flights to Carajás-Parauapebas (CKS) in Pará, an important mining region in northern Brazil. The route from BSB was last served nonstop in 2012. On Oct. 19, GOL will resume 4X-weekly services to Cruzeiro do Sul (CZS) in Acre, located in the westernmost part of the vast country.

“With the resumption of flights, we are attentive and cautious in all our operations, but we are ready to receive passengers back,” said Roberto Luiz, head of airline business at BSB’s owner Inframerica.

Before the COVID-19 pandemic, GOL operated 32 domestic destinations from BSB. Next month, the airline will serve 41 nonstop, including six operated in partnership with Voepass under a capacity purchase agreement.

Earlier this month, GOL signed a codeshare deal with Ethiopian Airlines that will include all of the Brazilian carrier’s routes from Sao Paulo Guarulhos International (GRU). The partnership will initially cover Ethiopian’s nonstop service between Addis Ababa (ADD) and GRU, as well as to destinations across Brazil served by GOL.