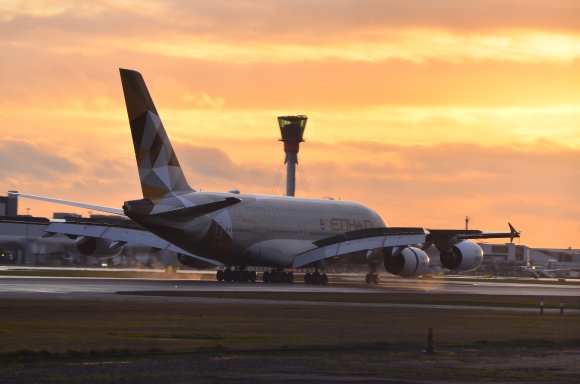 The move comes less than two months after Israel and the United Arab Emirates (UAE) reached an agreement to normalize relations, becoming only the third Israel-Arab peace deal since Israel's declaration of independence in 1948.

The agreement—brokered by the US—was made public in a surprise announcement on Aug. 13. A treaty, which recognizes each state’s sovereignty, was signed on Sept. 15.

“It's probably one of those landmark historical moments that over the fullness of time will become even more apparent to how significant it is,” Douglas told state-owned Etihad’s podcast. “I think it's a demonstration of the incredible leadership here in the United Arab Emirates and Abu Dhabi.

“We've already been in dialogue [about starting air service]. And I see that there’s nothing other than a great opportunity to explore the means by which we can give a direct air corridor from Tel Aviv to Abu Dhabi.”

Earlier this month, Etihad began to extend services to Israeli travelers through TAL Aviation in order to offer flights to several destinations across the Middle East, Africa, Europe, North America, Asia and Australia from the airline's hub at Abu Dhabi International (AUH). The companies said their cooperation agreement comes in response to “an increase in demand for travel between the two countries.”

In addition to discussing Etihad’s potential launch of AUH-TLV services, Douglas admitted that the carrier is yet to make a decision on whether or not to resume Airbus A380 flights. The airline has a fleet of 10 A380s, all of which were grounded in March as the COVID-19 crisis deepened.

“The 787 Dreamliner is massively more efficient per seat kilometer than the A380,” Douglas said. “We're heartbroken to see our A380s parked up. The question as to whether they'll ever fly again… I'd say the jury's out.

“I think it's heavily handicapped by two engines too many and other aircraft that can do the job, far more efficiently, far more sustainably.”

Douglas said he was “not trying to rule out” retaining the A380 but conceded that there would be a global acceleration of the aircraft being retired.