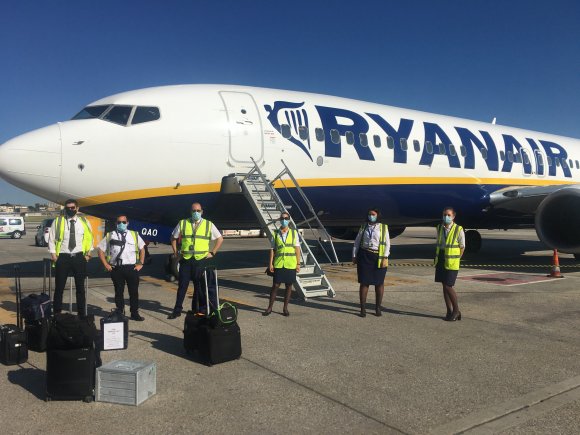 Ryanair is increasing its Italian domestic network with the introduction of 17 weekly flights on five routes from Naples.

The planned launch of the new services come in the same week that rival Wizz Air started domestic flights in Italy, beginning with routes from Milan Malpensa (MXP) to Palermo (PMO) and Catania (CTA).

Ryanair’s network additions from Naples (NAP) will link Italy’s third-largest city with PMO, Trieste (TRS) and Turin (TRN) from Oct. 25, all of which will be 4X-weekly. A 2X-weekly service to Cagliari (CAG) starts a day later, followed by a 3X-weekly route to Genoa (GOA) on Oct. 27.

“Italy is one of Ryanair's major markets and we want to continue to support economic recovery, connectivity regional tourism and tourism throughout the country,” the Irish carrier’s director of network strategy Jason McGuinness said.

However, Ryanair is facing heightening competition from the Campanian airport, with Volotea increasing its presence. The Spanish airline—the fourth-largest at NAP in 2019 with 354,106 domestic seats—opened a new two-aircraft base in July. The addition of the two Airbus A319s has allowed Volotea to launch 17 routes, nine of which are domestic.

Ryanair’s expansion in Italy comes as the airline is threatening to cut services in its home market of Ireland. On Oct. 1, the airline notified Ireland’s transport minister Eamon Ryan that it intends to close its Cork (ORK) and Shannon (SNN) bases from Oct. 26 for the winter season.

The ULCC claimed that Ireland has been uniquely "locked up" to travel between EU countries since July, while other EU countries have resumed intra-EU air travel without COVID-19 restrictions.

The company called on the government to adopt the new EU system, allowing people to travel without restrictions to and from countries designated green or amber, by Oct. 13.

If that fails to happen, Ryanair said it would “regrettably” close its ORK and SNN bases on Oct. 26 until April. 1, 2021 at the earliest.