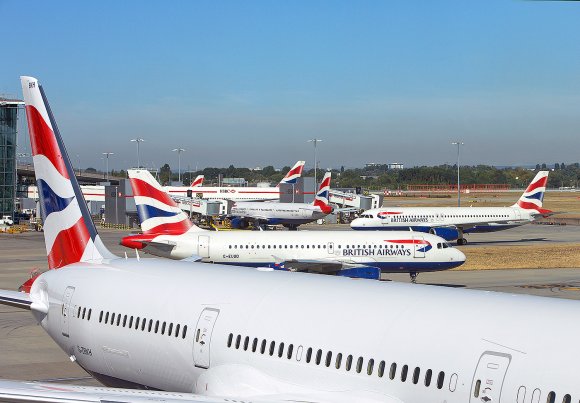 Lufthansa has announced plans to launch six new long-haul destinations from Frankfurt (FRA) in summer 2021. The routes are in cooperation with Eurowings and will be operated by Brussels Airlines.

A 3X-weekly route to Punta Cana (PUJ) in the Dominican Republic begins on March 29, followed by a 2X-weekly service from FRA to Zanzibar (ZNZ) via Mombasa (MBA) on Mar. 31.

Later in the year flights between FRA and Anchorage (ANC), Alaska, will start, operating 3X-weekly from June 3, while service to Mauritius (MRU) and the Maldives (MLE) is being extended into the summer season.

“Lufthansa’s goal is to actively shape the future of tourism,” the carrier said. “This was a strategic focus even before the coronavirus pandemic. Since the beginning of July 2019, Lufthansa has been offering numerous additional tourist destinations.”

British Airways is increasing the number of destinations it serves. From Oct. 1, long-haul services resumed to Johannesburg (JNB), Cape Town (CPT) and Bahrain (BAH). Flights to winter sun destination Grenada (GND) are scheduled to return on Oct. 14, while service to the Seychelles (SEZ) will return on Oct. 16.

In BA’s short-haul network, routes to Brussels (BRU), Dublin (DUB), Dusseldorf (DUS) and Valencia (VLC) are among the destinations to have resumed this week. Cologne (CGN), Vienna (VIE) and Zagreb (ZAG) are slated to resume later this month.

Ecuador has eliminated frequency restrictions for airlines operating domestic and international flights. Carriers can now operate 100% of the frequencies for which they have received authorisation.

The country had previously capped the number of frequencies at 50% to help curb the spread of COVID-19. It is expected that airlines will now progressively increase the number of flights they are operating, depending on passenger demand.

Egypt and Senegal have discussed the potential of beginning air service between each country’s capital city.

The potential for a Cairo (CAI) and Dakar (DKR) route was discussed as part of a wider meeting between Egypt’s minister of civil aviation Mohamed Manar and Eli C Bay, Senegal’s ambassador to Egypt, to look at ways to enhance joint cooperation between the two countries.

A statement released after the meeting described CAI-DKR as “one of the most promising markets in the African continent.”

Qatar Airways is planning to rebuild its network to 124 destinations by the end of the year. This will include 21 in Africa, 10 in the Americas, 42 in Asia-Pacific, 38 in Europe and 13 in Middle East.

“While no airline can predict with 100% certainty how the market will recover or future entry restrictions, our unrivaled experience accumulated by becoming the largest international carrier during this crisis uniquely positions us to build a realistic schedule of flights with confidence,” CEO Akbar Al Baker said.

Panama will reopen its borders to international visitors from all countries on Oct. 12. The Panama Tourism Authority said it has worked closely with the country’s ministry of health, alongside other government authorities, to implement strategic health and safety protocols.

“After closing our borders to travelers in late March, we are excited to safely welcome visitors back to Panama,” said tourism minister Ivan Eskildsen. “The new health and safety protocols reflect our continuous hard work and dedication in protecting both Panamanians and our visitors, and through our efforts, have earned the World Travel & Tourism Council (WTTC) Safe Travels stamp of approval.”