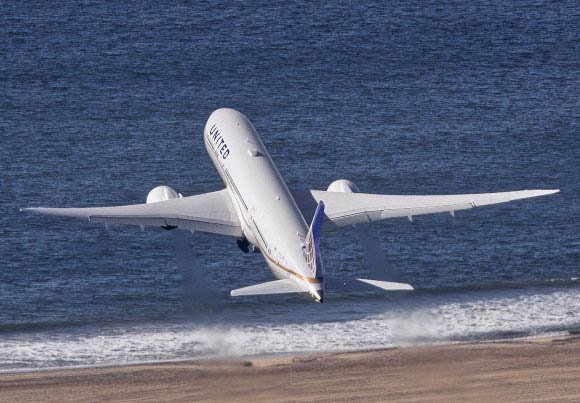 United Airlines will begin flying nonstop to mainland China from Oct. 21 for the first time since late February when the COVID-19 crisis began to escalate worldwide.

The Chicago-based carrier had the largest Chinese presence among all US airlines prior to the pandemic, operating 5X-daily flights between Shanghai Pudong (PVG) and its hubs in Chicago (ORD), Los Angeles (LAX), Newark (EWR) and San Francisco (SFO).

After suspending its large Asia-Pacific network, service between SFO and PVG resumed in July with all flights operating via Seoul Incheon (ICN).

“United continues playing a critical role in keeping people and global supply chains connected to Shanghai and to cities around the world,” United VP of international network and alliances Patrick Quayle said.

On transatlantic routes, a 3X-weekly service between Denver (DEN) and Frankfurt (FRA) will resume, while Houston (IAH)-FRA will increase to 5X-weekly.

Across the Pacific, United is replacing its current cargo-only flights with nonstop passenger service. SFO-Taipei-Taoyuan (TPE) will resume with 3X-weekly flights and SFO-ICN will be increased to 5X-weekly.

Throughout Latin America and the Caribbean, United is resuming operations from IAH to Santiago (SCL) and Rio de Janeiro (GIG) among others and expanding service on 20 routes to popular beach destinations throughout Mexico.

Overall, United intends to fly 38% of its international schedule compared with November 2019, which is a six-point increase compared to October 2020.

“For the month of November, we have adjusted our capacity to add flying for leisure travel to warm weather and beach destinations in Florida, Mexico and the Caribbean, along with 'visiting friends and relatives' travel across the globe,” Quayle said.

In addition, the airline expects to fly 49% of its US domestic schedule in November compared with a year ago. Beginning next month, United will start new service between Washington Dulles (IAD) and Florida's Key West (EYW), and resume flights between SFO and Tampa (TPA) among others.

In total, the Star Alliance member will fly 44% of its overall schedule in November compared to 2019, which is equal to a four-point increase compared to its flying in October 2020.