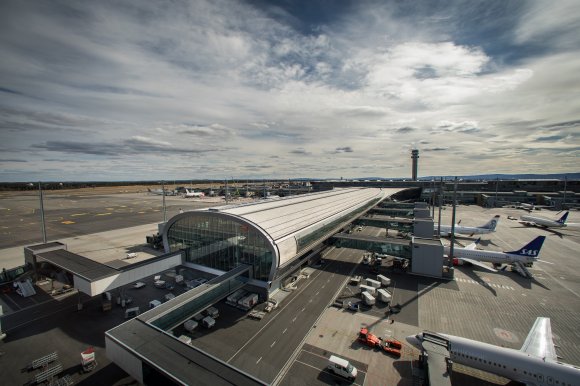 Wizz Air has revealed plans to open a base in Norway next month and launch three domestic routes as it continues to expand its presence across Western Europe.

The ULCC, which has already announced 11 new bases so far this year, will station two aircraft at Oslo Gardermoen (OSL) from Nov. 5.

Three routes are initially being launched, linking Norway’s capital with Bergen (BGO), Tromsø (TOS) and Trondheim (TRD). Flights to BGO and TRD will be 4X-daily, while TOS will be 2X-daily.

Wizz CEO József Váradi said the launch of the base represents a “first step” towards greater expansion in the country, adding that the airline plans to launch further domestic routes once it better understands the market.

The move will pile further pressure on rival Norwegian Air Shuttle, which reported a net loss of NOK 5.3 billion ($600 million) for the first half of 2020 and a 71% decline in passenger numbers.

“We will be trying to change the pricing dynamic of the market,” Váradi said at a press conference to announce the new base. “We’ve seen that Norway has been close to a duopoly between Norwegian and SAS. We want to break that duopoly and bring in credible alternatives.”

Wizz began flying to Norway in September 2006 and now operates 48 routes to 11 destinations across the country. The ULCC has been steadily growing its Norwegian operations in recent years, increasing capacity to in excess of 1 million departure seats in 2019. According to data provided by OAG Schedules Analyser, this represented a rise of 18% year-on-year.

Váradi said if the domestic operations are well received by passengers in Norway, the airline would be able to quickly scale up its operations. He pointed to Wizz’s recent expansion in Italy where the carrier has opened a base at Milan Malpensa (MXP) and Catania (CTA), launching several domestic routes.

“This makes Norway an increasingly important market for us; we are upping our game,” Váradi said. “Once we are in the market, we will get more appetite for it and do more. Ultimately our long-term goal is to become one of the most significant airlines in the country.”

Gaute Skallerud Riise, VP traffic development at Avinor, the state-owned company that operates most of the civil airports in Norway, welcomed Wizz’s arrival to the country’s domestic market.

“Wizz Air already have a strong position in the Avinor network, by serving nine of our airports internationally and carrying over 1 million passengers in 2019. We welcome them and find their interest in the domestic market to be positive,” he said.