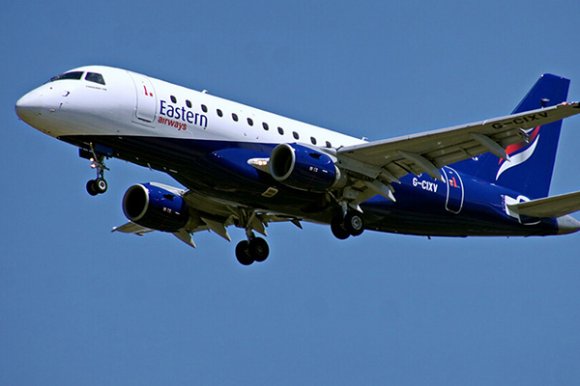 Eastern Airways is to introduce its first-ever service from Cardiff (CWL) to Belfast City (BHD), restoring Wales’ air connection to Northern Ireland. The UK regional airline will commence flights from Jan. 11, 2021. The route, previously operated by former franchise partner Flybe until its failure earlier this year, will be 6X-weekly.

CWL interim CEO Spencer Birns said CWL-BHD has been one of the airport’s “most in-demand routes” since Flybe entered administration for both customers traveling for work, or to visit friends and family. Prior to its failure, Flybe offered daily service on board Dash 8-400s, providing almost 1,100 weekly two-way seats.

The planned launch of the route comes in the same week that Eastern signed a codeshare agreement with Aurigny, the carrier based on Guernsey in the Channel Islands. Both airlines operate into Southampton (SOU), on the UK’s south coast, and this will become the connection point for their respective networks. In September, Eastern became the only regional airline to start operating services into London Heathrow (LHR) with its new Teesside (MME) service restoring a link absent for more than a decade.

Although Biman Bangladesh Airlines is the only other airline currently operating the route—providing a 1X-weekly service—competition will increase later this month. According to data provided by OAG Schedules Analyser, Biman is set to increase frequencies to 3X-weekly, while Kuwait Airways will reinstate a 12X-weekly service.

The lower fares offered by Jazeera will likely appeal to Kuwait’s significant Bangladeshi migrant-worker population and provide competition for LCCs in the United Arab Emirates. Jazeera CEO Rohit Ramachandran said that flight frequencies could be increased in the future if there is sufficient demand.

Star Alliance member United Airlines is resuming long-haul transatlantic service between Denver, Colorado (DEN) and Frankfurt (FRA) from next month following a seven-month suspension. The route will restart on Nov. 2, initially operating 3X-weekly on board Boeing 787-9 aircraft. As reported by Airlineroute, an increase to 1X-daily has been tentatively scheduled from Dec. 1.

United began flying the year-round DEN-FRA route in May 2019, 18 years after last serving the market. Prior to the COVID-19 pandemic, the Chicago-based airline served the Lufthansa hub from six points in the US, connecting FRA with Chicago O'Hare (ORD), Houston (IAH), Newark Liberty (EWR), San Francisco (SFO) and Washington Dulles (IAD) as well as to DEN. OAG data show that flights from ORD, EWR, SFO and IAD are currently operating 1X-daily, while service from IAH will increase from 3X-weekly to 5X-weekly in November.

Overall, United intends to fly 38% of its international schedule next month compared with November 2019, which is a six-point increase compared to October 2020. In addition, the airline expects to fly 49% of its US domestic schedule in November compared with a year ago.