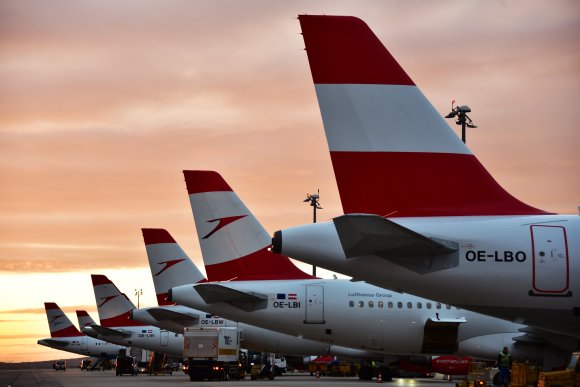 Lufthansa subsidiary Austrian Airlines said its flight schedule for the upcoming winter season will be just 20%-30% of the capacity the carrier operated last winter, citing the COVID-19 pandemic and its own shrinking liquidity.

The carrier previously had planned to operate 50% of last winter’s schedule, but it has now dropped 20 destinations from its network between October 2020 and March 2021. The Star Alliance member will still operate to 60 destinations, but to many of them with much reduced frequencies.

In terms of long-haul flying, Vienna International (VIE)-based Austrian is currently flying to only three destinations in the US: Chicago O’Hare (ORD); Newark, New Jersey (EWR); and Washington Dulles (IAD). It is also flying to Bangkok (BKK) and Shanghai Pudong (PVG).

The airline has reached an agreement with the Austrian government for a €600 million ($675 million) COVID-19 rescue package that comes with strict environmental requirements. The last tranche of the loan, €100 million, is scheduled to be transferred to the airline shortly.