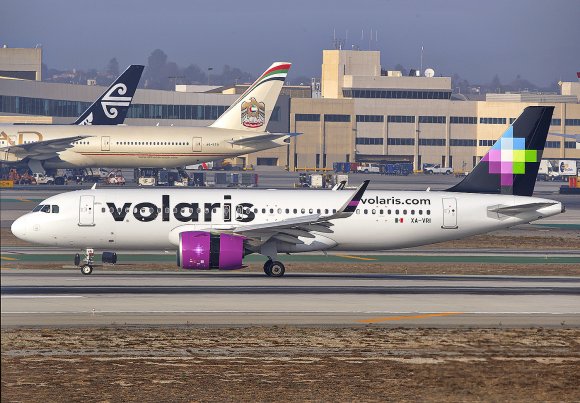 Volaris is preparing to open a new transborder service between Mexico City (MEX) and Dallas Fort Worth (DFW) later this year, adding more low-cost seats on an already competitive route.

The ULCC intends to operate the route 2X-weekly using its new Airbus A320neo aircraft. Flights will be on Tuesdays and Saturdays from Dec. 12.

The proposed launch comes just weeks after competitor Viva Aerobus firmed up its own plans to enter the market.

Viva Aerobus announced a return to DFW in August after a five-year absence with flights from Monterrey (MTY). In September, the carrier then revealed plans to operate a 3X-weekly MEX-DFW route from Nov. 13.

Service between Mexico City and Dallas has long been dominated by American Airlines and Aeromexico. However, Interjet entered the market in March 2016 to break the duopoly and provide a low-fare alternative.

During w/c Oct. 12, there will therefore be 6,000 available two-way weekly seats between the destinations, compared with almost 14,500 during the same week a year ago.

Volaris has served DFW since February 2016 when it began flights from Guadalajara (GDL). Service from Durango (DGO) was added in June 2019, and both Leon (BJX) and Zacatecas (ZCL) in April 2020.

Earlier this month, Volaris said it was “well positioned for a continuing traffic recovery” given its ULCC business model and focus on VFR and leisure traffic on domestic and US-transborder markets.

In September, capacity measured by available seat miles (ASMs) was 84.2% compared with the same month last year. Demand measured by revenue passenger miles was 75.6% of last year. This represents an increase of 2.4% versus August 2020.

Volaris said it transported a total of 1.3 million passengers last month, an increase of 4.1% versus August.

During October, the airline plans to operate approximately 85% of capacity, as measured by ASMs, versus the originally published schedule.