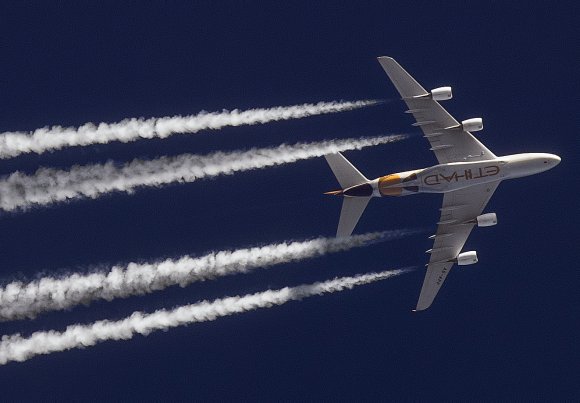 Israel has signed an aviation agreement with Jordan that allows for flights to cross over both countries’ airspace—a move which will shorten flight times and potentially unlock new routes.

The deal, approved by the civil aviation authorities of the two nations, comes after years of discussions were accelerated following recent diplomatic breakthroughs in the region.

Commercial airlines will now be able to fly through the Israel-Jordan corridor, which will “significantly shorten flight times” from the Gulf states and Asia to destinations in Europe and North America.

Israel’s transport ministry said this would “lead to significant fuel savings, reduce pollutant emissions and contribute to the environment.”

“In the near future, flights of UAE and Bahrain airlines, as well as the rest of the world, will be able to fly over Israel to destinations in Europe and North America and back,” an Israeli government statement added.

Airlines based in the Gulf have historically flown around Israel to reach destinations in the west.

“Once again we are breaking new boundaries, and this time in the air,” Israeli transport minister Miri Regev said.

“We are opening up new ways of transport, economic and political cooperation with countries that share similar borders and interests with us and share the vision of regional peace.”

The agreement between Israel and Jordon follows the recent normalization of relations between Israel, the United Arab Emirates and Bahrain, in addition to the opening of Saudi Arabian airspace to Israeli-Gulf flights.

“We've already been in dialogue [about starting air service]. And I see that there’s nothing other than a great opportunity to explore the means by which we can give a direct air corridor from Tel Aviv to Abu Dhabi,” he said.