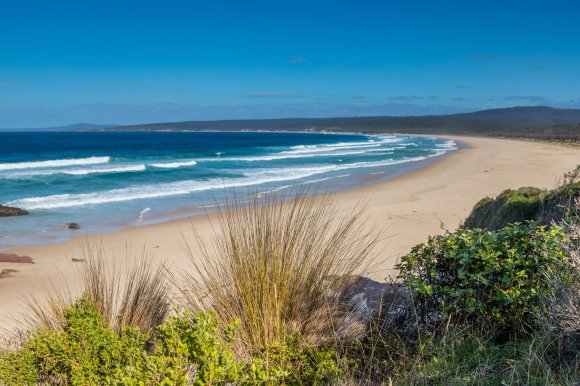 Qantas will launch flights between Sydney (SYD) and Merimbula (MIM), a coastal town the airline believes will appeal to vacationers, on Dec. 18.

The Australian flag-carrier will operate the route, which it is serving for the first time, 4X-weekly with a 50-seat de Havilland Canada Q300 turboprop aircraft. The flights will be operated under the QantasLink regional brand.

Qantas said it will add more frequencies on the route if “there is strong demand” once it starts flying to MIM.

“With border restrictions fueling demand for intra-state travel [because of the COVID-19 pandemic], we see a big opportunity to bring more tourists to Merimbula,” QantasLink CEO John Gissing said. “This will be the first time that the flying kangaroo has flown to the Sapphire Coast, which will mean more competitive fares on a route that has been a monopoly for decades … We have a long history of serving regional Australia and we’re pleased to be able to support new routes where we see there is demand.”

Australian regional carrier Regional Express Holdings (Rex) has operated the route, but it said following the Qantas route announcement that it will drop its SYD-MIM service, stating that the route cannot support two airlines.