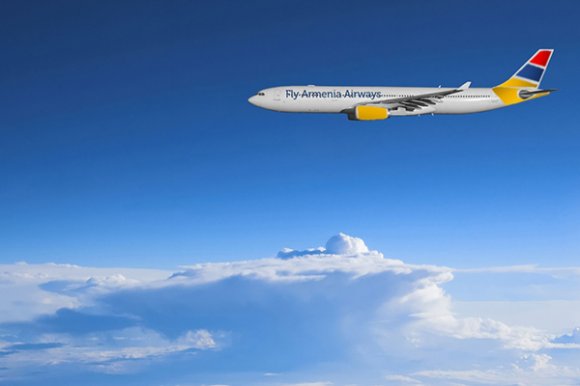 FlyArmenia Airways expects its initial network to consist of nine routes once flight operations get underway.

The carrier, which received its air operator’s certificate in July, has published a tentative schedule on its website although no services are yet available for booking. In a statement, the airline said flights would only be bookable once Armenian authorities lift travel restrictions.

In addition, the start-up plans to serve Damascus (DAM) in Syria, Marseille (MRS) in France, Prague (PRG) in the Czech Republic and Tel Aviv (TVL) in Israel. All routes will be 2X-weekly apart from EVN-VKO, which will be 1X-daily, and EVN-PRG, which will be 3X-weekly.

FlyArmenia has been assigned the two-letter code VF and claims to have a fleet of one Airbus A319, one Boeing 757-200 and one 737-300. It also hopes to launch flights to Beijing, Istanbul, Shanghai and St Petersburg in the future.

However, a potential stumbling block for the carrier’s planned EU routes is that “all air carriers certified by the authorities with responsibility for regulatory oversight of Armenia” are currently banned from operating in Europe’s skies.

The EU and Armenia also negotiated and initialled a Common Aviation Area Agreement in November 2017, but the deal is yet to be ratified.

Armenia is a landlocked nation surrounded by Turkey to the west, Georgia to the north, and Azerbaijan to the east. With a population of three million, the country’s aviation market has been growing steadily in recent years.

Following the closure of the country’s borders due to the COVID-19 pandemic, Armenia’s government reopened its airspace for commercial flights and lifted the ban on entry to foreign nationals on Aug. 12.

A nationwide state of emergency was also lifted in September although some restrictions remain in place to help stem the spread of coronavirus.

However, a number of international airlines which resumed flights to Armenia following the easing of restrictions have since canceled services in recent weeks because of the escalating conflict between Armenia and Azerbaijan over the contested territory of Nagorno-Karabakh.

Fighting erupted in late September, ending a ceasefire which has been in place since 1994. Since then, the Nagorno-Karabakh region has remained part of Azerbaijan under the control of separatist ethnic Armenians and backed by Armenia’s government.