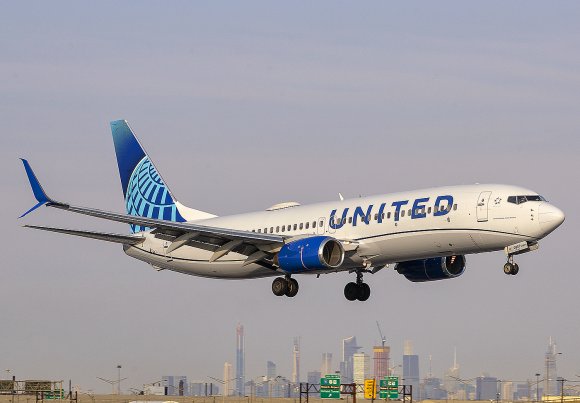 United Airlines is pushing ahead with a return to New York John F Kennedy (JFK) after a five-year hiatus, with CEO Scott Kirby hinting at potential markets the carrier plans to serve.

Speaking on an Oct. 15 earnings call after announcing a net loss of $1.8 billion in the third quarter of 2020 (Q3), Kirby confirmed reports that the airline intends to resume flying from JFK in 2021. He expects his airline to start offering transcontinental routes to the West Coast from JFK.

The Star Alliance member is therefore likely to connect JFK with Los Angeles (LAX) and San Francisco (SFO), as well as potentially serving some of its other domestic hubs.

“We have been working very, very hard to use the pandemic as a way to get back into JFK and I have reasonable confidence that we'll be successful,” Kirby said.

Kirby said United was looking forward to “getting back and competing aggressively” in transcontinental markets from JFK, adding that the move would offer more opportunities to serve corporate clients and offer premium products.

Chicago-based United pulled out of the airport in October 2015, shifting all flights from LAX and SFO to its hub at Newark (EWR). However, Kirby—who joined from American Airlines in 2016—has since admitted the move was “the wrong decision.”

“I wish I could roll back the clock and change the decision,” he said in 2017, adding that United lost some lucrative West Coast customers when the switch to EWR was made, believing that they preferred to fly into New York City rather than New Jersey.

However, United will face stiff competition when it returns to JFK, with American, Delta Air Lines and JetBlue Airways each offering premium products on West Coast routes.

Speaking on the same Q3 earnings call, United executive VP and CCO Andrew Nocella said the carrier’s capacity would reach 45% of 2019 levels in Q4, while capacity during the first quarter of 2021 would be in line with this.

“Incremental capacity we do add back in the fourth quarter is expected to be tilted towards our Houston and Denver hubs, with the goal of getting us back on track to our original network objectives of building connectivity from our interior hubs and service to smaller communities,” he said.

“Capacity is also added in non-hub point-to-point routes to Florida, which have experienced a quicker rebound in demand in the short run, not a typical market for United.”

United reported a net loss of $1.8 billion in Q3, slightly larger than the prior quarter’s $1.6 billion deficit. Total operating revenues were down 78% as passenger revenues plunged by 84%.