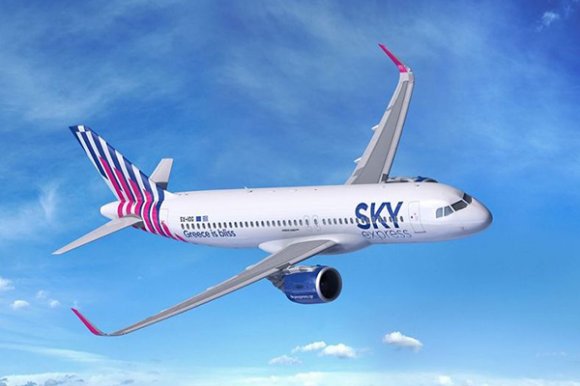 LOT Polish Airlines has removed most of the planned short-haul destinations from Budapest (BUD) during the winter season amid low demand and ongoing travel restrictions.

The airline intends to maintain 2X-daily flights to Warsaw (WAW) and operated a 1X-weekly service to both Wroclaw (WRO) and Seoul Incheon (ICN). According to OAG Schedules Analyser, a 3X-weekly New York (JFK) route will also resume on Dec. 3.

“Due to the current epidemic situation, prolongation of administrative restrictions, as well as demand for air travels remaining at a low level in the upcoming winter season, LOT decided to postpone the start of new flights and to renew a lot of flights to spring 2021,” the carrier said in a statement.

“The Hungarian market is still a very significant development direction of LOT in Europe, that is why in the next summer season we plan to open new routes and renew particular directions.”

Canada’s Porter Airlines is extending its service suspension to Dec. 15. The carrier temporarily halted operations on Mar. 21 as the COVID-19 crisis deepened.

“The flare up of COVID-19 cases in certain markets during the last month dampened any expectation of changes to government restrictions that will enable us to begin flying again in November,” president and CEO Michael Deluce said.

“The federal government is indicating that they need more confidence about what course the pandemic will take before restrictions are reconsidered. We hope that lifting of travel restrictions will soon be possible given evolving technology, such as rapid testing, and health and safety investments that the travel industry is making.”

Jetstar’s first international flight since early April took off on Oct. 16 with services between Auckland (AKL) and Sydney (SYD) resuming.

The 3X-weekly route follows the Australian government’s announcement of a Safe Travel Zone between New Zealand and New South Wales and the Northern Territory. Qantas will also operate two services a week between the two cities.

“While it’s largely one-way travel at this stage, it’s a significant milestone which will reconnect Australia and New Zealand after our trans-Tasman flights were suspended six months ago.

“We hope the borders will open in both directions soon so that a true travel bubble between the two countries can form.”

Lufthansa will deploy four parked A350-900 aircraft at Frankfurt (FRA) this winter.

The carrier’s Boeing 747-8 flights from FRA to Chicago O’Hare (ORD) and Los Angeles (LAX) will be replaced by the A350-900 during the winter season. From December, services to Tokyo Haneda (HND) will also be on board the A350, replacing the current A340-300.

The aircraft will be operated by Munich-based (MUC) cabin crew and pilots. The carrier currently has 16 MUC A350s in its fleet but will only operate seven from the airport during winter.

“Due to the sharp reduction in the number of flights offered as a result of the corona pandemic, only seven A350-900s will initially be operated at Munich in the winter timetable of 20/21 on routes to North America and Asia,” Lufthansa said in a statement.

The airline’s first A320neo flight will take place between Athens (ATH) and Thessaloniki (SKG) on Dec. 14. By March 2012, the regional carrier expects the aircraft to be operating domestic and international routes.

“It is good news that SKY express has chosen the A320neo to expand its operations and destinations to an international European network,” Airbus CCO Christian Scherer said.