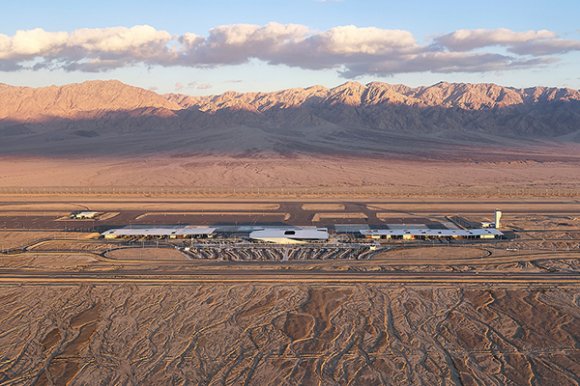 Israel and the United Arab Emirates (UAE) will a sign an agreement on Oct. 20 to allow 28 weekly commercial flights between Tel Aviv’s Ben Gurion International (TLV) and Dubai (DXB) and Abu Dhabi (AUH).

According to Israel’s Transportation Ministry, the deal will also enable 10X-weekly cargo flights and an unlimited number of charter services to Ramon International (ETM), the new airport (pictured) close to the Red Sea resort of Eilat which serves as a gateway to southern Israel.

The signing of the agreement—which will take place at TLV—should pave the way for scheduled commercial routes between Israel and the UAE to begin within weeks.

As reported by Routes, the two nations in August reached an agreement to normalize relations, becoming only the third Israel-Arab peace deal since Israel's declaration of independence in 1948. A treaty, which recognizes each state’s sovereignty, was signed on Sept. 15.

Etihad Airways CEO Tony Douglas has disclosed that talks are underway about opening direct air service from AUH to TLV, while Emirates Airline has also indicated it expects to begin service from DXB to TLV early next year.

Coinciding with the signing of the Israel-UAE aviation deal, Etihad on Oct. 19 became the first Gulf Cooperation Council carrier to operate a commercial passenger flight to and from Israel.

“We are just starting to explore the long-term potential of these newly forged relationships, which will be sure to greatly benefit the economies of both nations, particularly in the areas of trade and tourism, and ultimately the people who call this diverse and wonderful region home,” Etihad Aviation Group chairman Mohamed Mubarak Fadhel Al Mazrouei said.

Earlier this month, Israel signed an aviation agreement with Jordan that allows for flights to cross over both countries’ airspace—a move which will shorten flight times and potentially unlock new routes.