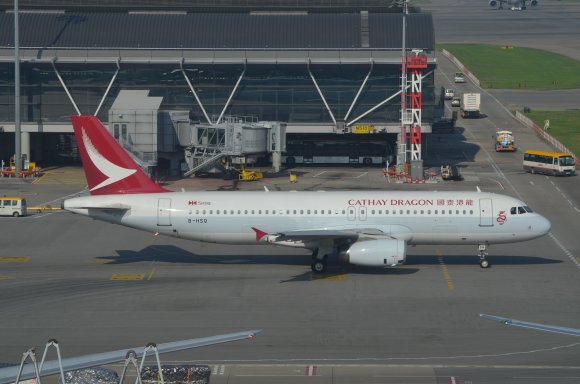 Cathay Pacific has announced it is closing its subsidiary Cathay Dragon with immediate effect as part of a wider restructure that includes more than 5,000 job losses.

The Hong Kong-based airline said the move would create a more “focused, efficient and competitive business” as it “adapts to the new travel reality” in the wake of the COVID-19 crisis.

“The global pandemic continues to have a devastating impact on aviation and the hard truth is we must fundamentally restructure the group to survive,” Cathay Pacific CEO Augustus Tang said.

“We have to do this to protect as many jobs as possible and meet our responsibilities to the Hong Kong aviation hub and our customers.”

Cathay Dragon, previously known as Dragonair, will cease operations with immediate effect although it is hoped that the “majority” of the brand’s routes will be retained by Cathay Pacific or LCC subsidiary HK Express.

“Over its 35 years, Cathay Dragon has earned a well-deserved reputation for excellence, thanks to its outstanding service and distinct hospitality, delivered by a remarkable team,” Tang said.

“Whilst this is a difficult time, we are a resilient group and a proud Hong Kong brand. I believe in this plan and I know we will prevail. We remain absolutely confident in the long-term future of Cathay Pacific, the Hong Kong aviation hub, and the critical role Hong Kong will play in the Greater Bay Area and beyond.”

However, before the pandemic the airline’s network spanned more than 50 destinations in 15 countries and in excess of 1,100 weekly flights.

OAG data shows Cathay Dragon operated almost 14.2 million seats in 2019, a 2% drop on the previous 12 months after political protests in Hong Kong caused multiple flight cancellations during the year. Despite this, the carrier was the second-largest operator at HKG in 2019 with a 16% share of all departure seats.

The carrier’s biggest route by capacity in 2019 connected HKG and PVG, accounting for 1.79 million two-way seats. Its service between HKG and Kaohsiung (KHH) in Taiwan was second with 1.25 million seats, and HKG-PEK was third with 1.18 million.

Of the 53 routes operated by Cathay Dragon during 2019, HK Express and Cathay Pacific overlapped on a combined 17 routes.

As well as closing Cathay Dragon, Cathay Pacific plans to cut 8,500 positions across the group, which accounts for around 24% of its headcount. However, through a recruitment freeze and natural attrition, this has been reduced to 5,900 actual jobs.