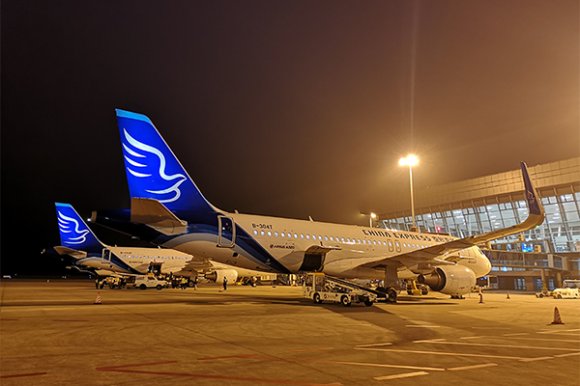 Chongqing, China-based regional carrier China Express Airlines and the city of Quzhou signed a cooperation agreement on Oct. 21 to develop the city's air transport sector, establish a flight training school and explore the possibility of setting up a new airline for Quzhou.

The signing will also see China Express open a regional headquarters in Quzhou and make Quzhou Airport (JUZ) one of its hubs by the end of the year.

The city will embark on a three-year cooperation program with China Express, aimed to bring the total passenger volume at JUZ from 350,000 to 1.58 million by 2025. China Express has committed to base two aircraft at Quzhou, expanding to five in 2022 and eight by 2023.

Quzhou is situated in the eastern coastal province of Zhejiang, bordering the provinces of Fujian, Jiangxi, Anhui and Jiangsu. It was estimated that the city will eventually have linkages to 40 cities across 50 routes.

The city’s Municipal Investment Group and China Express also set up a Quzhou Aviation Industry "guidance fund," which is aiming to establish "Quzhou Airlines" in the future.

China Express was one of the few profitable airlines in China in the first half of 2020, which it credited to its unique feeder service mode of operations. It posted a net profit of CNY8.2 million ($1.5 million) for the first six months of 2020, albeit a 94.2% year-over-year (YOY) fall.