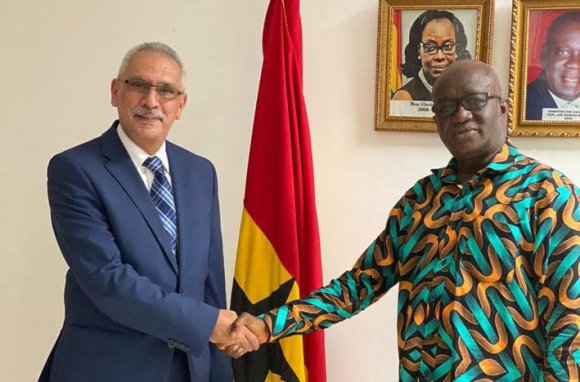 EgyptAir said it will assist Ghana in setting up a new airline in the West African state.

The North African carrier signed a memorandum of understanding with the Ghanaian government Oct. 22, under which it will become a strategic partner in establishing the new operator, EgyptAir Holding Company chairman and CEO Rushdi Zakaria said.

Announcing the deal, EgyptAir chairman and CEO Amr Abu El-Enein said the new airline had plans for routes throughout the continent and for connections to North and South America.

The new company is described as being "affiliated" with the Ghanaian government, rather than state-owned. It is believed that the West African state wants to get the new company off the ground, but then take a back seat, allowing private investors to hold a majority stake and having aviation industry professionals run the operation.

Many African airlines suffer adversely from government control or interference. The Ghanaians are likely to have noted that the continent’s most consistently successful airline, Ethiopian, is state-controlled but that the government in Addis Ababa takes a hands-off approach to its day-to-day operations.

Ghana has been without a national carrier for a decade since the collapse of Ghana International Airlines, but in recent years the country has harbored ambitions for its capital, Accra (ACC), to become a West African hub.

In 2012, a small Ghanaian domestic operator, CTK CiTylinK Airlines, said that EgyptAir planned to take a 49.9% stake in its business. However, the company collapsed before any link could be established.