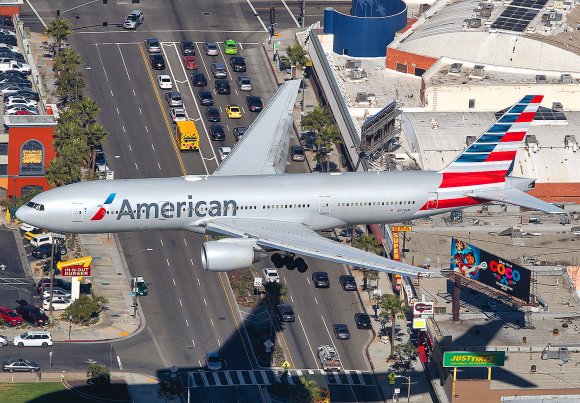 American Airlines and oneworld alliance partner International Airlines Group (IAG) are pushing for the creation of a travel corridor between the US and the UK to speed the return of lucrative transatlantic flights.

Speaking on an Oct. 22 earnings call after American reported a third consecutive quarterly loss this year, the Fort Worth-based carrier’s chief revenue officer Vasu Raja said the introduction of a corridor from the US to London Heathrow (LHR) would be an important step in the rebuild of its long-haul network and could be used as a template for resuming other international destinations.

“We are actively working with a number of global regulatory bodies, no more so than with the UK seeing [as] our largest international connect point is our hub in Heathrow,” Raja said.

“Between ourselves and IAG, we are closely working with the UK government to create an air travel corridor, which could be not just the basis for further reopening in long-haul services to the UK, but the template for how we can do long-haul re-openings more globally.”

A report in the The Wall Street Journal earlier this month outlined that the growing availability of COVID-19 tests in the US has prompted the US Department of Transportation and other bodies to revive efforts to establish safe travel corridors between the US and international destinations.

The report added that a New York-London corridor could be created before the end of the year with shortened quarantine periods for travelers, potentially of between four and seven days.

“It’s good for the global aviation community but more critically it’s good for customers everywhere to figure out a really smart way to get a market reopened and that can be a template for doing it elsewhere,” Raja said.

Prior to the COVID-19 pandemic, American connected LHR with nine points in the US, including flying 4X-daily to Chicago O’Hare (ORD), Dallas/Fort Worth (DFW) and New York John F Kennedy (JFK).

The current travel rules in place between the US and the UK mean it is not possible for many British nationals to enter the US if they have been in the UK, Ireland, Schengen zone, Iran, Brazil or China within the previous two weeks. US citizens are permitted to enter the UK but are required to quarantine for 14 days.

President Robert Isom said during the fourth quarter the airline plans to focus on “markets that are showing positive recovery,” such as Mexico and the Caribbean.

But he added: “We expect our fourth quarter system capacity to be down slightly more than 50% year-over-year with long-haul international capacity down approximately 75% year-over-year.

“While we're encouraged with the trends we're seeing in our net bookings, we'll continue to remain as flexible as possible and let demand serve as our guide for future capacity levels.”