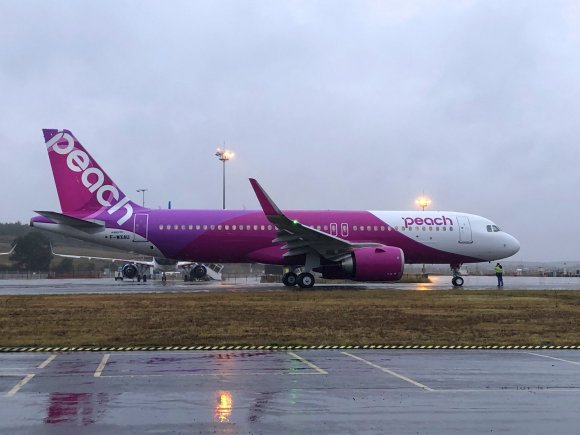 Peach Aviation has restarted flights to Taiwan Taoyuan (TPE) – the airline’s first international destination since suspending service in March due to the COVID-19 pandemic.

A route from Osaka Kansai (KIX) resumed on Oct. 25, followed by Tokyo Haneda (HND) and Tokyo Narita (NRT) services to TPE on Oct. 26. According to data provided by OAG Schedules Analyser, all three routes will operate 3X-weekly using Airbus A320 aircraft.

Peach’s operations between HND and TPE were halted on Mar. 2, with flights from NRT and KIX ending on Mar. 20 when all 17 of the LCC’s international routes were suspended.

The Osaka-based carrier owned by All Nippon Airways (ANA) flew seven routes to TPE prior to the coronavirus crisis, offering more than 32,000 two-way weekly seats.

Additionally, Peach flew to Kaohsiung (KHH) in Taiwan from KIX, NRT and OKA.

The LCC said the resumption of flights to Taiwan—it’s biggest overseas market—was in response to the needs of business travelers and students studying abroad.

It added: “Peach thoroughly implements infection countermeasures on board its aircraft and at airports, providing safe and secure air travel for those who need to travel between Japan and Taiwan.”

Peach joins six other carriers currently serving Japan-Taiwan routes nonstop. However, there are fewer than 19,000 weekly two-way seats in operation during the week ending Oct. 26, compared with more than 322,000 during the same week a year ago.

In September, Peach received the first of 28 A320neo aircraft on order from Airbus, joining an existing A320 family fleet that comprises 32 A320ceos. The LCC also has six A321LRs on order.