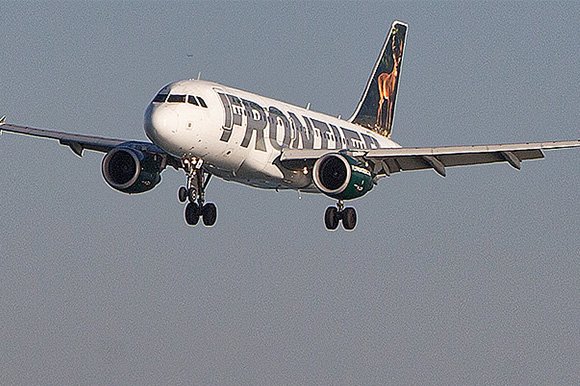 Frontier Airlines is well-placed for further expansion over the coming years fueled by ongoing low-cost point-to-point leisure demand in the US, according to CEO Barry Biffle.

Speaking at TakeOff North America 2020 on Oct. 26, Biffle added that the carrier has no plans to defer any aircraft orders and hopes capacity is back to prepandemic levels going into the fourth quarter of 2021.

“We believe we entered this crisis in the best position in the US,” he said. “We have the lowest cost and one of the best balance sheets–and that has paid off very well. We also have a very low cash-burn rate, and we’ve taken measures to further reduce that.

“Going forward our growth potential is great. If you look at the debt taken on by all carriers, including ourselves, then our relative cost advantage is going to expand dramatically.”

Denver-based Frontier, majority-owned by US private equity firm Indigo Partners, has 158 Airbus aircraft on order, including 18 A321XLRs. The airline took delivery of its 100th aircraft in July and is this month flying about 61% of October 2019’s capacity—significantly higher than some of its peers.

“Our growth is still intact,” Biffle said. “We still have over 150 aircraft on order, and we have no intention to make major changes to that. Assuming that by mid-next year demand is recovering, in order to exploit this opportunity, we need to be at full potential going into the fourth quarter.”

Biffle said that in order to reposition the airline for expansion, the ULCC is evaluating when to restart its hiring process. He added: “We’re also looking at how to double our training capacity—which we needed to do from a growth perspective anyway—but we’re going to literally double it to make up for the time that we've lost.”

In May and June, Frontier announced a string of new routes for the summer 2020 season, including flights to Boston Logan (BOS) and Chicago O’Hare (ORD) from Philadelphia International (PHL). Network additions for the winter season include PHL-Phoenix Sky Harbor (PHX) and Providence (PVD)-Miami (MIA).

Biffle said that leisure and VFR demand continues to drive the recovery, saying travelers want to fly to destinations that are known for their outdoor space. In response, the airline will continue to seek out unserved or underserved routes where such leisure demand exists.

Biffle added only a small minority of Frontier’s passengers are typically business travelers, meaning the airline is far less exposed to the depressed corporate demand than some of its competitors.

“We believe that next year it’ll be the best July we’ve ever had,” he said. “That’s because a huge amount of the population will hopefully be inoculated and there will be huge demand to go to and explore. This is the absolute definition of pent-up demand.”

Biffle was speaking at TakeOff North America 2020, an event taking place on Oct. 26 and 27 in Denver.