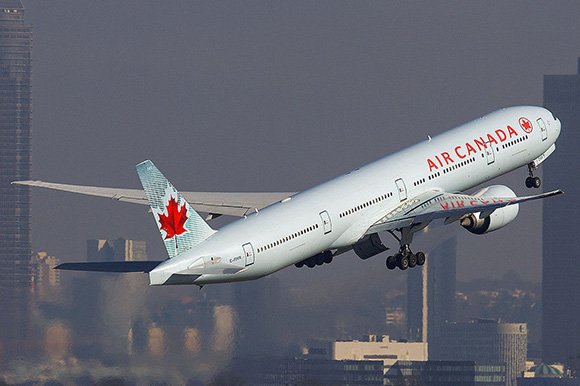 In one of the more surprising moves in recent months, Air Canada is launching service to Qatar this December, with plans to operate nonstop service between its Toronto (YYZ) hub and Doha’s Hamad International Airport (DOH). Flights will be 3X-weekly from Dec. 15 on board Boeing 787-9 Dreamliner aircraft, subject to government approval. The eastbound service will depart YYZ at 8.10 p.m. on Tuesdays, Thursdays and Saturdays, while the westbound leg leaves DOH at 8.40 a.m. on Mondays, Thursdays and Saturdays.

Given O&D traffic between Toronto and Doha totaled around just 20 passengers per day each way in 2019, Air Canada will not be targeting the local market. Instead, the focus will likely be on the large VFR traffic beyond Doha, in particular to India. However, the Star Alliance member currently does not have a partnership with oneworld’s Qatar Airways and so it will be interesting to see if any codeshare or interline agreement is in place before the route launches.

Qatar Airways has served Montreal (YUL) for nine years since June 2011, operating 4X-weekly on board Boeing 777-300ER and Airbus A350-900 aircraft, and providing more than 2,800 two-way seats. The carrier has been seeking to increase its Canadian offer in recent years but has been restricted by a bilateral agreement that only allows it to offer up to 4X-weekly flights. The airline began a 3X-weekly service to YYZ in July 2020, but the route was short-lived and ended later that month. Qatar Airways may see partnering with Air Canada as a way of capturing connecting traffic from YYZ which could otherwise go through Dubai (DXB).

Qantas is launching a new seasonal route between Sydney (SYD) and Launceston (LST) following the easing of border restrictions between New South Wales and Tasmania. Beginning Dec. 4, the airline will operate a 3X-weekly service with Boeing 717 aircraft, increasing to four return services from the following week onward until Feb. 1, 2021. This will give travelers almost 900 additional seats on the route each week. Qantas said it would look to add more flights beyond the eight-week period if there is demand.

The route is currently operated by subsidiary Jetstar Airways, but Qantas has not served SYD-LST since 2004. For w/c Oct. 28, OAG data shows Jetstar and Virgin Australia are each operating 3X-weekly flights. With borders opening up, Qantas will also restart flights between Hobart (HBA) and Sydney, with 11 return services per week from Nov. 6.

This follows two other new routes the Qantas Group has launched to Tasmania in response to demand – Brisbane (BNE)-HBA with Qantas and Gold Coast (OOL)-HBA with Jetstar. As a result of these additional flights, the group will offer more than 125,000 seats between Tasmania and the mainland in December, representing more than 10% of total published domestic capacity for the month.

Jazeera Airways is resuming service to Oman after more than a decade, with flights between Kuwait City (KWI) and Muscat (MCT) set to begin on Nov. 2. The route, which will operate 1X-weekly on Mondays, becomes the third new service to be launched by the Kuwaiti LCC since the onset of the COVID-19 pandemic. The carrier has already started flights from KWI to Dhaka (DAC) in Bangladesh earlier this month and Trabzon (TZX) in Turkey in August.

“We are pleased to be flying once again to Muscat and offering additional leisure options to the Kuwait market,” Jazeera Airways CEO Rohit Ramachandran said. “Muscat and Oman generally are very popular with Kuwaitis.”