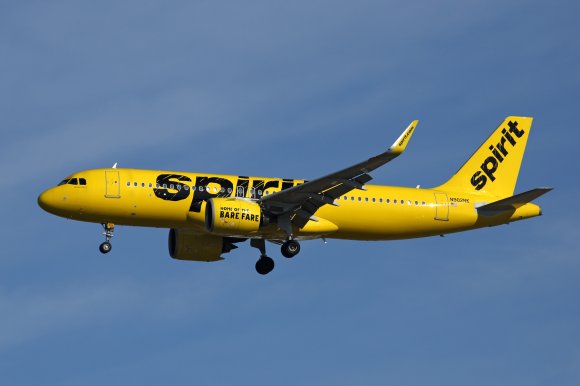 US ultra-LCC Spirit Airlines will operate 80% of its pre-pandemic capacity beginning in November, as it capitalizes on solid leisure demand.

South Florida-based Spirit now expects capacity to be down 20% in both November and December, improved from down 36% in October. Averaged together, the ULCC expects overall capacity in the fourth quarter to be about 25%lower than year-ago levels.

Speaking on an Oct. 29 earnings call, Spirit CEO Ted Christie said that flight activity to Florida has staged a strong rebound from the mid-summer period, when a surge in COVID-19 cases following the July 4 holiday caused the carrier to slash capacity from 82% of year-ago levels in July to 65% in August. Should positive demand trends persist, Christie predicted that Spirit could return to pre-pandemic levels of capacity by mid-2021.

“If things continue along this momentum change, you're going to see us continue to add back flights ... We think by the midpoint of next year, we'll be closer to where we were in 2019,” Christie said.

Spirit took delivery of one new aircraft during the third quarter, and two more in October, leaving it with 157 A320-family jets in its all Airbus fleet as of Oct. 29. The carrier will not receive any more aircraft for the remainder of the year, but does still plan to receive 16 new jets in 2021. Of next year’s planned deliveries, 10 will be secured through direct leases, while the remainder will be financed through sale-leaseback agreements.

The company’s entire 31-aircraft fleet of A319s has been parked, and management says they will remain inactive at least through the end of the year. With an average age of 14 years, the A319s are by far the oldest component of its fleet.

Spirit chief commercial officer Matt Klein said it’s “too early to make a call” on the fate of the parked A319s, noting that management prefers to keep them on standby in case demand recovers faster than expected. The A319s will eventually be replaced with either A319neo, A320neo or A321neo jets, depending on how the market develops in the meantime, Klein added.