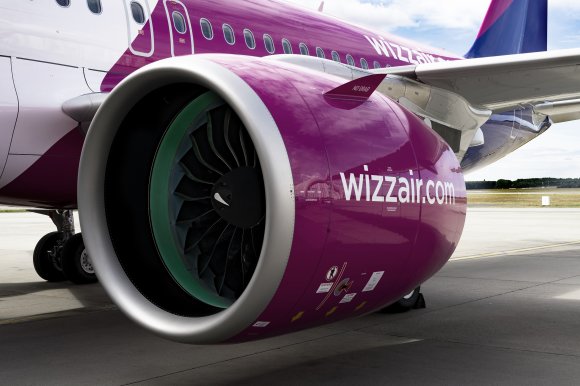 Wizz Air is further expanding at London Luton (LTN) by adding more routes in Western Europe to its network.

A 2X-weekly service to GIB starts on Dec. 11, while the route to FNC opens four days later. LTN-FNC will also be served with two return flights per week.

“With over 70 routes from London Luton to choose from, passengers have even more opportunity to escape to their dream destination, whether it’s discovering the unique Mediterranean peninsula of Gibraltar or exploring the stunning volcanic island of Madeira,” Wizz Air UK MD Owain Jones said.

Speaking to Routes earlier this month, Jones said the ULCC was planning to expand the number of destinations in Western Europe served from the UK in order to increase its share of leisure traffic.

He added the focus on leisure points would diversify its customer base and complement its existing strength on VFR routes to Central and Eastern Europe.

“I think it’s a natural development for our UK network to add more leisure routes,” Jones said. “This is something we did at London Luton over the summer. We took the view that while VFR [visiting friends and relatives] demand will recover, it’s not going to be to the extent where we need to fly six times daily to Budapest.”

LTN-GIB was previously served by UK leisure carrier Monarch up to 5X-weekly until its demise in October 2017. LCC easyJet then picked up the route in December 2018, offering 2X-weekly flights on board Airbus A320 aircraft.

Although service was suspended in April 2020 because of the COVID-19 pandemic, booking is available from Mar. 30, 2021, while the carrier continues to serve GIB from London Gatwick (LGW). British Airways (BA) also serves GIB from the London market, flying 9X-weekly from London Heathrow (LHR).

Wizz’s service between LTN and the British Overseas Territory of Gibraltar is likely to have leisure and VFR appeal, as well as attracting some business traffic.

Data provided by Sabre Market Intelligence shows O&D traffic between LTN and GIB totaled 57,600 two-way passengers in 2017 but fell to 2,120 in 2018 after remaining unserved for the majority of the year. However, traffic rose to 25,643 passengers in 2019 following the introduction of easyJet’s nonstop flights.

Wizz will also be hoping to capture some of the former Birmingham (BHX)-GIB market, which has been unserved since Monarch ceased flying. O&D traffic between BHX and GIB was more than 40,000 two-way passengers in 2017.

On the route between LTN and FNC, Wizz will have no direct competition. TUI Airways has provided a limited number of seasonal summer flights between the destinations in recent years, but the last of which was in August 2019.

However, FNC is currently served by four carriers from London airports, with BA flying from LHR, easyJet and TUI from LGW, and Jet2 from London Stansted (STN). Total O&D traffic between London and Madeira was 262,000 passengers in 2019, a slight decrease of 1.4% on the previous 12 months.