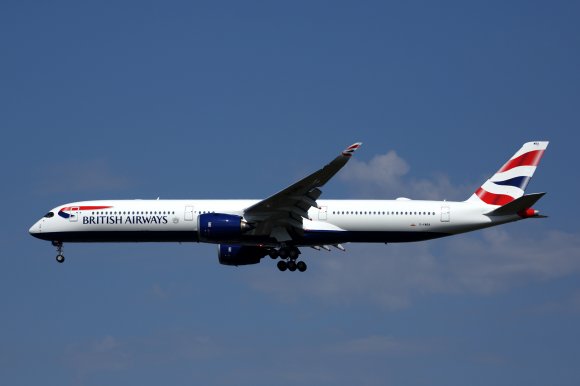 British Airways will operate 52 long-haul routes alongside its short-haul network this November.

Flights to Santiago (SCL) in Chile and Riyadh (RUH) in Saudi Arabia are also set to return.

“We continue to connect Britain with a substantial number of destinations across the globe and customers tell us they are reassured by the safety measures we’ve put in place,” new CEO Sean Doyle said.

Condor is stationing two Airbus A320s in Zurich (ZRH) for the 2021 summer season and plans fly to nine popular vacation destinations around the Mediterranean from there.

The airline will start with 28 flights to Palma de Mallorca, Tenerife, Gran Canaria, as well as to Greece (Crete, Kos, Rhodes), Cyprus (Larnaca), Sardinia (Olbia) and Split in Croatia.

“Condor is thus responding to the great demand from leading Swiss tour operators for tailor-made vacation flights and is supplementing the existing eight German departure airports for the first time with the largest Swiss airport, Zurich,” the leisure carrier said.

Vistara will operate non-stop flights between Delhi (DEL) and Dhaka (DAC) from Nov. 5 as part of a bilateral “transport bubble” formed between India and Bangladesh. Flights will be on Thursdays and Sundays using Airbus A320neo aircraft.

“There is significant pent up demand for air travel between India and Bangladesh, and the resumption of flights brings relief to the traders, business communities and other regular travelers in the two countries,” Vistara CEO Leslie Thng said.

“We are glad to be able to consistently expand our international network and widen our global presence, despite the current challenging times.”

Vistara said it would accept all eligible customers meeting visa/entry requirements in both the countries.

Preliminary September 2020 traffic figures released by the Association of Asia Pacific Airlines (AAPA) have revealed that both international passenger and cargo demand is at markedly depressed levels, with “no sign of recovery in sight.”

The 1.1 million international passengers that flew on Asia Pacific airlines in September, was just 3.6% of the 30 million that travelled in September 2019. Offered seat capacity was a little higher at 11% of last year’s level.

SunExpress is expanding its codeshare partnership with Lufthansa in the 2020/21 winter season.

The carriers’ existing partnership, which has been in place for the past two years, covers flights from Munich (MUC) to Izmir (ADB), Antalya (AYT) and Ankara (ESB). The enhanced agreement will now include several weekly flights from Frankfurt (FRA) to the three Turkish cities.

Air Serbia plans to resume air service to Russia in November with flights between Belgrade (BEG) and Moscow Sheremetyevo (SVO). The route will restart on Nov. 9, operating 2X-weekly on Mondays and Fridays.

“We are glad to reintroduce another destination into our network, enabling a direct link between Russia and Belgrade,” Air Serbia’s general manager of commercial and strategy Jiri Marek said.

“Given that Russia represents a major and significant market, Moscow is a very important destination for our passengers, for Serbia, and for the whole region.”

Air Serbia’s BEG-SVO service has been suspended since Mar. 18 because of the COVID-19 pandemic.