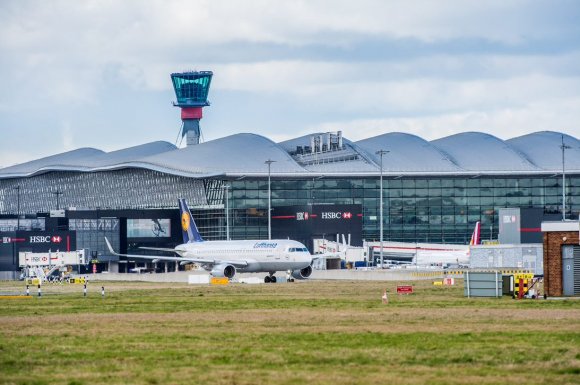 Airlines have canceled flights and called for additional government support after the UK announced plans to enter a second lockdown for at least a month after rising cases of COVID-19.

The new restrictions, which come into force on Thursday Nov. 5, mean that all UK residents are banned from non-essential international travel.

Although initially planned for one month, ministers have hinted that the restrictions could be extended if the spread of coronavirus is not brought under control.

“People cannot travel internationally or within the UK, unless for work, education or other legally permitted exemptions,” British Prime Minister Boris Johnson said.

“Overnight stays away from primary residences will not be allowed, except for specific exceptions including for work. Inbound international travel will continue to be governed by the travel corridor approach, and those currently on a domestic holiday will be allowed to finish their holidays, but are still subject to the requirements in England not to go out without a reasonable excuse.”

Low-cost carrier easyJet has outlined plans to review its schedule in the next month, with CEO Johan Lundgren saying the government’s “sudden announcement” means it will “operate its planned schedule until Thursday and will be reviewing its flying program over the lockdown period.”

“It is likely that much of the UK touching schedule will be canceled during lockdown with our planned flying set to resume in early December,” Lundgren added.

Fellow LCC Ryanair has hit out at European governments’ handling of the COVID-19 crisis, after the first set of restrictions contributed to a €197 million ($229 million) loss for the six months to September as passenger numbers fell by 80% to 17 million.

“The group expects to carry approximately 38 million passengers in FY21 (full-year 2021), although this guidance could be further revised downwards if EU governments continue to mismanage air travel and impose more uncoordinated travel restrictions or lockdowns this winter."

Meanwhile, Jet2 said it would be continuing to operate its planned schedule until Nov. 4 and would still accept bookings.

"Following the UK government announcement about additional restrictions in England, we are working with the government to obtain much-needed clarity about what it means for those wishing to holiday overseas,” the airline said.

TUI has announced that “holidays departing from airports in England from 5th November to 2nd December 2020 are unable to go ahead.”

However the carrier also hinted at some uncertainty in the UK market, saying that it would update travellers from Scotland and Wales “as soon as we know more.”