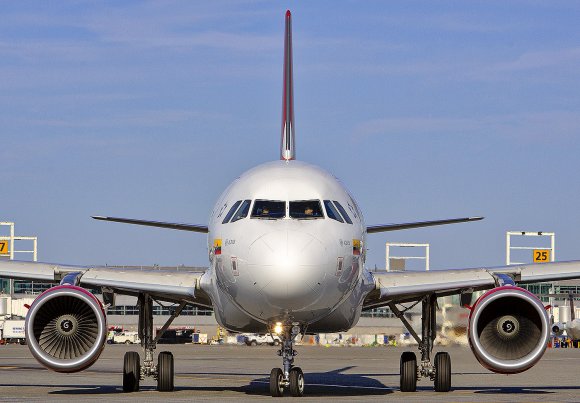 Anko van der Werff has been CEO of Avianca since 2019. He was previously with Aeromexico as executive and commercial VP for five years. Earlier in his career he was SVP at Qatar Airways and also led Air France-KLM’s commercial strategy in the British Isles and the Nordics.

Read part one of the interview.

How have you reshaped your network because of COVID-19?

In March we were rapidly redeploying capacity. And then over the summer we were just not flying at all. There was nothing flying for us for five-and-a-half months, from about March 20 until Sept. 1.

We had no Central America, we had no Colombia, and just 5 to 10% of our capacity deployment in Ecuador. It clearly wasn't great, and we weren't happy. When you're an airline you want to fly, to connect people. You want to you want to fulfil that promise. But in a way, it was easier because of all the different rules; quarantines here, negative PCR tests there.

We're going to right size, in terms of employees, also certainly getting the right number of routes operating. So we’re going down the list; which were the ones that weren't working anyway in 2018/19 or early 2020? Okay, well, they're gone.

And then of course we’re going to trim frequencies. It's not going to end with just taking out the routes that really didn't work, we’re going to look at others that did work but need to be smaller.

But then when you grow back over the next few years, we're probably not really going to look at many new opportunities. We're probably going to go back to the ones that we knew already, where we had a footprint.

What’s the most important thing in rebuilding demand?

Bio protocols are the number one thing that's important to them at the moment and, and I’m happy to say, together with our airport partners people feel really, really safe. And it shows through NPS scores. So that's good news

What will drive demand back in your markets?

Every region comes with its own bespoke challenges. In Latin America disposable income is very low; economies were not doing great prior to COVID, while in Europe they had a stronger run for the last years.

Unemployment is also going to be higher in Latin America than in Europe. And yet if you look at countries like Colombia, we have the mountain ranges so it takes eight or nine hours for the first two cities—Bogota to Medellin—to be connected. But it takes 35 minutes by air so that will always drive demand. That also means we can rebound more quickly, but it's going to be a challenge.

There are two things at least happening; you see far more leisure than business, and you see far more domestic than international. And that will continue. So of course, we're trying to look for new opportunities, but when you look at Central America, for instance, the markets are very small. You don't really have domestic flights.

Their natural focus as a market will always be the United States, both from a VFR and economic powerhouse perspective. Those markets will always be focused on places like Miami or Los Angeles; massive cities with massive Latin populations.

They will start working better again, because of VFR, then SMEs, then you can go into corporate again. So we start there but with heavily reduced frequencies. That's definitely what we're expecting in 2021. Then it might be New York, then Washington, cities like that.

Colombia and Ecuador are a bit different, because they were closed for a long time, then they opened up for domestic very recently, and then international. In those markets you start rebuilding your domestic. But the principles are the same; if you flew 10 or 20 frequencies a day before, now it's maybe two. You see whether you can make those work, then you go to four, six then eight. But the number of new destinations, the number of places that we didn't fly to, was very limited to begin with.

If you look at Europe, that’s very different than in Central and South America because of the distances, and therefore the risks and the potential cash burn. Because you still need to limit your cash burn. We flew five dailies to Madrid pre-COVID. We might dip our toe into Madrid and then build that out and look at the other markets that we had in Europe before we try something new. Even if we now have the DIP, that doesn't mean that we're going to spend like crazy; we’re still going to be very prudent with money and make sure that we survive.

What we’re seeing is ok, but we’re not throwing our dice on the table and doubling our capacity week over week. That's just simply not the case. We're roughly at 20% of our pre-COVID capacity; our view is that by springtime it will be 40%.

Anko van der Werff is a keynote speaker at Routes Reconnected, a five-day conference with one-to-one meetings which brings together the route development industry. Find out more.