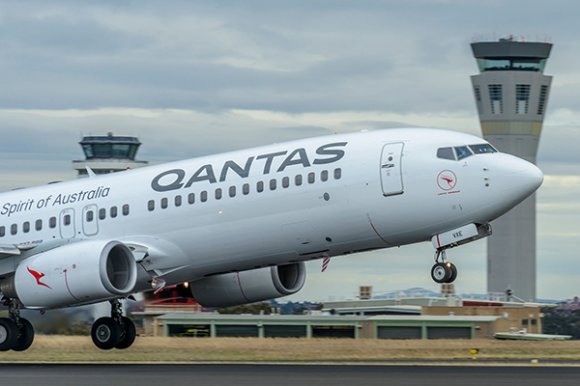 Qantas is set to dramatically boost its domestic flights when the busiest Australian interstate route—Sydney (SYD) to Melbourne (MEL)—reopens later this month.

The New South Wales (NSW) state government has allowed unrestricted passenger service to resume to the state of Victoria from Nov. 23. Victoria was the worst affected Australian state during a second-wave COVID-19 spike in Australia, but has managed to get the outbreak under control.

Opening this border for all travelers allows airlines to ramp up flights on the SYD-MEL route. This is significant as it was Australia’s top route before the pandemic, and also ranked as one of the world’s busiest domestic routes.

Four other routes will also be relaunched between the states on Nov. 23 or Dec. 7, yielding a total of 141 weekly return flights. Qantas said this will boost its nationwide domestic capacity from its current level of about 30% of pre-COVID-19 levels to almost 40%. The increase in flying will mean more aircraft can be returned to service and some employees can return to work.

Qantas noted that on the busiest days before the pandemic, the Qantas Group operated more than 100 flights per day on all routes between NSW and Victoria. During the height of the coronavirus outbreak, flights dropped to as low as once per day.

While many state borders have now reopened, some important routes are still closed. For example, Western Australia and Queensland are still blocking flights from the Sydney area. Qantas has criticized these two states for not restoring travel to Sydney more quickly.

“Queensland and Western Australia are unfortunately taking a different approach, which doesn’t seem based on a realistic assessment of risk,” Qantas head of domestic and international operations Andrew David said.