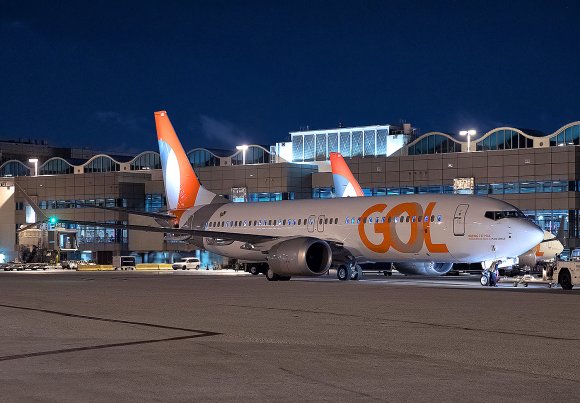 Brazilian LCC GOL expects to operate 78% of its pre-COVID-19 pandemic fleet in the fourth quarter as it works toward restoring its full domestic network by year-end.

GOL and its rival Azul Brazilian Airlines have been adding back capacity faster than airlines operating elsewhere as non-corporate demand within Brazil continues to steadily climb. Nevertheless, Brazil’s domestic passenger levels were down 61% year-on-year in September.

Despite the still-significant decreases in passengers, GOL believes sequential, month-to-month trends are encouraging. During September, the airline posted a 60% increase in ticket sales compared with August, and gross sales for the third quarter grew by 132% compared with the second quarter.

“The number of customers flying with us tripled in Q3 compared to the previous quarter, which is a remarkable rebound given the challenging market environment,” GOL CEO Paulo Kakinoff said.

At the end of the third quarter, GOL had a total fleet of 129 aircraft, with on average 63 in operation. In the fourth quarter, the airline expects its average operating fleet to reach 92 aircraft, which is roughly 78% of the aircraft GOL deployed in the last three months of 2019.

GOL aims to fully re-establish the domestic network it operated prior to the COVID-19 crisis by the end of December, which would represent approximately 80% of its 2019 capacity. The airline also expects to resume operations of its Boeing 737 MAX jets in December. GOL’s fleet of seven 737 MAX 8s has been grounded since 2019.