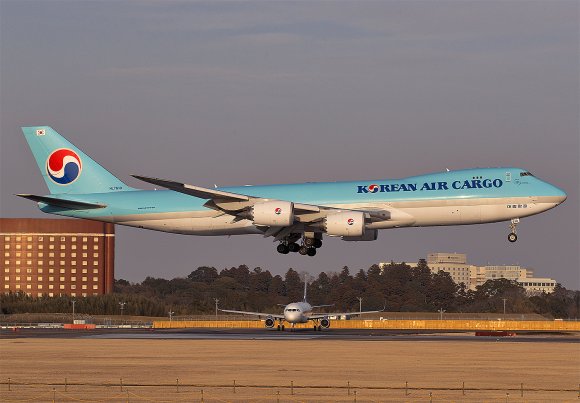 Seoul-based Korean Air boosted its cargo revenue by 59% year-over-year in the third quarter quarter, with load factor and volume both improving.

Cargo capacity was up by 3.6% YOY, as Korean Air increased freighter operational rates and utilized passenger aircraft for freight-only flights.

Korean Air projects that cargo demand will increase as it enters the peak season. This will include high demand for traditional air freight such as semiconductors, auto parts and e-commerce shipments. Strong demand for medical supplies has also been a major contributor, and vaccine shipping is expected to boost the cargo operations in 2021.

The carrier's third-quarter performance on the passenger side was impacted by the suspension of many flights related to the COVID-19 pandemic, which has decimated air traffic demand in the Asia-Pacific region. Passenger load factor dropped by 51 points year-over-year to 31.9%.

There were some positive signs in the third quarter, however. Operations on mid- and long-haul routes to the Americas, Europe and East Asia increased slightly compared to the second quarter. Korean Air said this is partly due to an uptick in chartered flights, and the easing of international restrictions for travel to some countries such as Singapore and Malaysia. The airline also highlighted a rise in domestic demand related to the summer holiday season.

Korean Air’s passenger fleet total dropped by five to 141 by the end of the third quarter, compared to the end of 2019. It has four fewer Boeing 737s and one fewer 777. The freighter fleet total was unchanged at 23 aircraft.