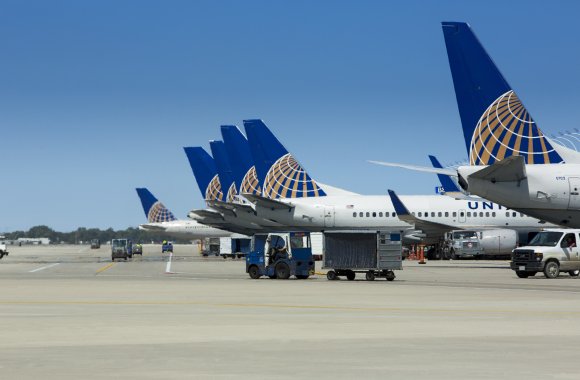 Chicago-based United Airlines is adding flights to accommodate demand during the upcoming US Thanksgiving holiday, even as COVID-19 cases in the country continue to rapidly climb.

United expects customers will continue to book holiday vacations closer to departure time to warm weather destinations and ski markets. Overall, United will operate 48% of its system schedule in December compared with 2019, adding 140 daily flights and increasing capacity on more than 350 routes.

United said it expects the week of Nov. 23 to be its busiest since March, and the airline is adding more than 1,400 domestic flights during the week of Thanksgiving. Bookings are being monitored in real-time so that larger aircraft can be swapped in when necessary to accommodate last minute demand.

"While this holiday travel season looks quite different than recent years, we're continuing to follow the same playbook we have all year long—watching the data and adding more flights, adjusting schedules and leveraging larger aircraft to give customers more ways to reunite with family or reach their destinations," United VP of network planning and scheduling Ankit Gupta said.

RSW will be flown to from Columbus (CMH), Indianapolis (IND), Milwaukee (MKE) and Pittsburgh (PIT). PBI will be served from New York's LaGuardia (LGA) and TPA from MKE.

United is also bringing back service between Chicago (ORD) and OGG; Los Angeles (LAX) and Hilo (ITO), Hawaii; as well as between Newark (EWR) and HNL for the holiday period.

Ski destinations are also a focus, with United upping frequencies to Aspen (ASE), Jackson Hole (JAC), Steamboat Springs (SBS) and Vail (EGE). From Dec. 17, over 580 weekly roundtrips have been scheduled.

The airline calculated roughly 50% of its customers traveling for Thanksgiving this year booked less than 30 days prior to departure compared with 40% for the same time period in 2019.

For December, United aims to operate 52% of its domestic schedule compared with 2019, which represents a three-point increase on its November 2020 flying.