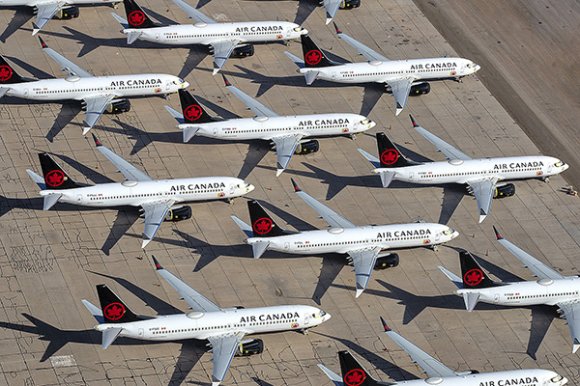 Air Canada has earmarked a further 95 domestic, US transborder and international routes for suspension, as well as nine Canadian station closures, as a result of ongoing travel restrictions and depressed demand.

Outgoing president and CEO Calin Rovinescu said the cuts were required to preserve liquidity, cut costs and reduce capital expenditures in preparation for “a smaller footprint expected to last several years.” The announcement came as the Star Alliance member reported a C$685 million ($526 million) loss in the third quarter (Q3) of 2020, compared with net income of C$636 million a year prior in Q3.

The planned route suspensions come on top of a decision in late June to end 30 domestic regional services and close eight stations. All the routes were operated by regional partner and Chorus Aviation subsidiary Jazz Aviation under a capacity-purchase agreement.

However, the latest route cuts hinge on the outcome of talks with the Canadian government. Earlier this month, the country’s transport minister Marc Garneau indicated that discussions are set to start with major airlines on sector-specific support.

Air Canada has been critical of Canada’s lack of direct government aid for carriers, as well as the border closure with the US and the strict quarantine requirements that have been in place since March.

Rovinescu said the additional 95 route suspensions and nine station closures would therefore be deferred for the time being, pending the progress of the government talks.

The airline said it would “continue to dynamically adjust capacity and take other measures as required” to adjust for demand, taking into account health warnings, travel restrictions, quarantines, border closures and passenger demand.

Speaking on Air Canada's Q3 earnings call, CCO Lucie Guillemette said the airline’s domestic recovery has been hampered by “blanket interprovincial quarantine measures” although its operations “continue to see the beginning of signs of recovery.”

But she added: “Our domestic recovery remains fragile and uneven partly due to disjointed approaches to reopening the economy, as well as interprovincial travel restrictions, such as those created by the Atlantic travel bubble still in place.”

A “high degree of uncertainty” also remains surrounding the airline’s transborder network with the US, Guillemette said, given the Canada-US border has been closed to most travelers for the past seven months. “However, the US market remains a key component of our recovery and our long-term strategy,” she added.

“We have selectively resumed service to key US cities to facilitate essential travel and retain a skeleton network after completely suspending all US services early in the second quarter.

“While we cautiously build back our US network, our partnership with United Airlines will be important to expand our reach in the United States and to draw feeder traffic to our network.”

Across Air Canada’s international network, Guillemette said the airline has refocused on select core markets such as London, Paris, Tokyo and Hong Kong, as well as to Star Alliance partner Lufthansa’s Frankfurt (FRA) hub in order to reach markets it does not serve directly.