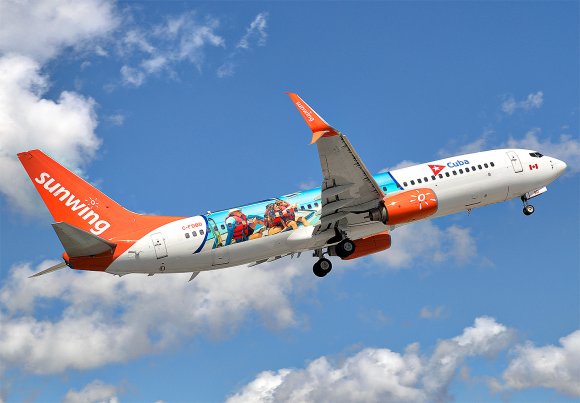 Qantas subsidiary Jetstar Airways plans to resume flights from Avalon (AVV) in the Australian state of Victoria ahead of the Christmas holiday period.

The LCC intends to restart a route to Sydney (SYD) on Dec. 18 after a nine-month hiatus. The 2X-daily return service follows the New South Wales government’s announcement last week that borders will open to Victoria.

Prior to the COVID-19 pandemic, the carrier provided 38X-weekly AVV-SYD flights and flew from AVV to Adelaide (ADL) 4X-weekly and Gold Coast (OOL) daily.

“We’re excited to bring back low fares to Avalon, helping to reconnect family and friends and give more people the opportunity for a holiday after what has been a tough period for many,” Jetstar CEO Gareth Evans said.

“As well as providing a direct link to Sydney, the resumption of services will help boost tourism back into Victoria, with Avalon being the gateway to the state’s famous Great Ocean Road.”

According to OAG Schedules Analyser data, Jetstar is currently operating a 5X-weekly service between SYD and Melbourne (MEL), located some 60 km (37 mi.) away from AVV.

Meanwhile, Canadian leisure carrier Sunwing Airlines has returned to the skies for the first time since March. The airline’s first flight in more than 230 days connected Toronto Pearson (YYZ) with Punta Cana (PUJ) in the Dominican Republic.

“After months of staying home and with colder weather just around the corner, many Canadians are eager to return to the tropics,” president Mark Williams said. “We are excited to be back in the skies, helping sun-seekers travel safely and responsibly.”

According to data provided by CAPA Fleet Database, Sunwing now has three Boeing 737-800s back in service, although 12 remain grounded. A further four 737-8s are also parked.

However, while Sunwing has restarted flights, the wait for fellow Canadian carrier Porter Airlines to resume operations goes on. The airline has delayed its planned restart date for flights to Feb. 11, 2021, blaming increasing COVID-19 cases and ongoing travel restrictions affecting customer demand.

“Deferring service until 2021 is not a decision we anticipated having to make as COVID-19 emerged early this year,” Porter president and CEO Michael Deluce said.

“Unfortunately, the continued and cumulative effects of restrictive travel advisories, border closures and quarantines have suffocated travel demand to the point that a return to sustainable levels of passenger traffic is highly unlikely in 2020.”

Porter said that planning a restart after the traditionally slow post-holiday January period provides a “reasonable opportunity to begin flying if conditions improve.”

“This also gives more time for the development of rapid-testing solutions as a promising means to lift government-imposed restrictions on travel,” the airline added.

European LCC Norwegian Air Shuttle has also suffered a setback in its efforts to rebuild operations. After warning it was facing a “very uncertain future” on Nov. 9 when Norway’s government said it would not provide further financial support, the airline has decided to furlough an additional 1,600 staff and park 15 of the 21 aircraft that had been operating.

“Our goal is to keep six aircraft on domestic routes in Norway, and I expect that Norwegian will also receive route support from the Ministry of Transportation, as previously announced,” CEO Jacob Schram said.

“Recently government-imposed travel restrictions have effectively stifled any hope of a stable and progressive recovery, Norwegian has been hit from all sides by factors outside of our control. This is a sad day for everyone at Norwegian and I sincerely apologize to all our colleagues that are now affected, but there is no other alternative.”

Approximately 25 short-haul aircraft were operational during Q3 out of a current total fleet of 140. Norwegian’s load factor during Q3 was 60.6%, a decrease of 30.6 percentage points compared to the third quarter of 2019.