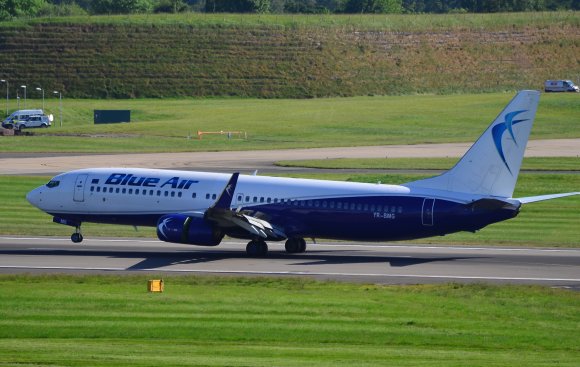 Romanian carrier Blue Air is moving its Paris operations from Paris Beauvais (BVA) to Paris Charles de Gaulle (CDG) from next month as the airline continues to build a presence at some of Europe’s major hubs. Effective Dec. 18, the LCC is transferring its existing Bucharest (OTP) service from BVA to CDG. Flights will be 3X-weekly, operating on Wednesday, Friday and Sunday.

The switch means that over the past month Blue Air has announced or launched routes to four Western Europe hubs. In addition to the CDG plans, the carrier has started daily flights from OTP to Amsterdam (AMS), while in December it will transfer its existing OTP-London Luton (LTN) route to London Heathrow (LHR). The OTP-LHR service will be 5X-weekly from Dec. 1, growing to 11X-weekly in summer 2021. In addition, the airline is adding Frankfurt (FRA) to its route network from next March, providing daily service from OTP during the summer season.

Blue Air’s move to CDG puts further pressure on Romania’s national carrier TAROM. According to OAG Schedules Analyser, TAROM currently flies 3X-weekly between OTP and CDG. The full service carrier also flies nonstop from OTP to AMS, FRA and LHR. Sabre Market Intelligence data shows O&D traffic between Bucharest and Paris totaled 410,424 two-way passengers in 2019, up 7.8% on the previous 12 months. TAROM had a 27% share of the market with Blue Air on 16%.