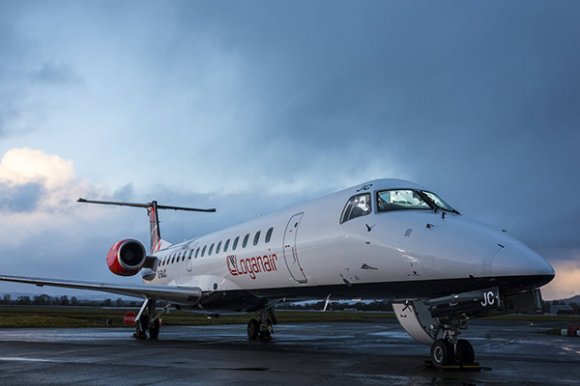 Loganair is to return to Teesside International (MME) after a near three-year absence and launch routes to five destinations.

The Scottish carrier will recommence operations from the UK airport on Feb. 1, 2021, initially with Embraer 145 services to Aberdeen (ABZ) and Belfast City (BHD). Routes to Dublin (DUB), Jersey (JER) and Cornwall Newquay (NQY) are set to begin during the summer 2021 season.

Loganair will operate up to 7X-weekly flights to DUB and BHD, 6X-weekly to ABZ, 3X-weekly to NQY and 2X-weekly to JER. MME was last served by Loganair in March 2018.

“We’re confident the news will be most welcome from businesses in the region which depend on connectivity more so than ever as the recovery commences, and also to those looking to get away for a much-needed break in 2021,” Loganair CEO Jonathan Hinkles said.

As a commitment to the new routes from MME, Loganair has named one of its aircraft the Spirit of Teesside.

The announcement comes just a week after it was revealed that TUI will be returning to the airport after nine years from summer 2022. Flights, to Palma (PMI) will begin on May 10, 2022.

According to data provided by OAG Schedules Analyser, Eastern Airways will in February 2021 be operating four of the five routes being launched by Loganair. Only MME-JER is unserved—and has been without an operator since Flybe suspended the route in September 2019.

However, the schedules data shows that Eastern’s service DUB will end on Mar. 26, two days before Loganair starts operating the route.

Eastern began flights to DUB and BHD in March 2020 following Flybe’s failure, as well a resuming service to ABZ. The NQY service launched in July.