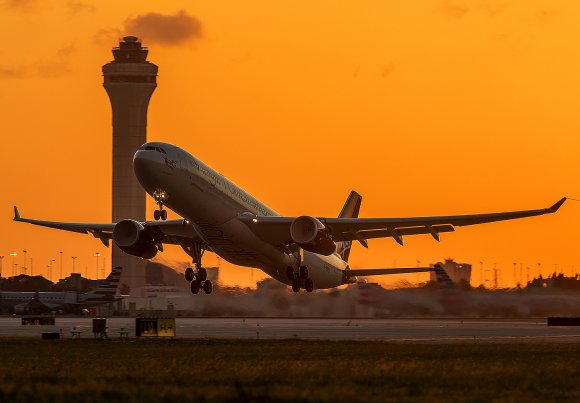 Virgin Atlantic CEO Shai Weiss has urged authorities in the UK and US to prioritize the launch of a travel corridor between the countries to help revive transatlantic routes.

A bubble between the two nations has been mooted for some weeks given the growing availability of COVID-19 tests, which could allow for quarantine-free travel.

The current regulations in place between the US and the UK mean it is not possible for many British nationals to enter the US if they have been in the UK, Ireland, Schengen zone, Iran, Brazil or China within the previous two weeks. US citizens are permitted to enter the UK but are required to quarantine for 14 days.

“What we want to see is this happening as soon as possible—we were hoping for Thanksgiving but that's not going to happen,” Weiss said during the latest CAPA Live event, which forms part of Aviation Week Network’s Air Transport Month.

“We’re calling on the UK and the US to act now. So many jobs are at risk. Businesses need it as Zoom has its limitations. People need to convene in order to innovate, in order to negotiate, in order to cooperate, and that is only available through face-to-face meetings.”

Weiss criticized the UK government for not acting sooner, saying the country has “not viewed aviation as a national infrastructure.”

“It’s time to understand that the economic recovery of the UK is also tied to free movement of people, capital and goods,” he said, adding that trade between the US and UK amounts to $262 billion each year.

In late October, American Airlines said it was working with oneworld alliance partner International Airlines Group (IAG) to establish a corridor from the US to London Heathrow (LHR).

“Between ourselves and IAG, we are closely working with the UK government to create an air travel corridor, which could be not just the basis for further reopening in long-haul services to the UK, but the template for how we can do long-haul re-openings more globally,” American’s chief revenue officer Vasu Raja said.