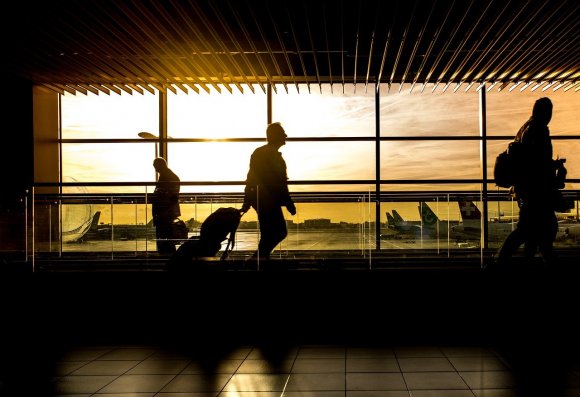 Europe’s airports will have to adapt to a “new normal” that does not take for granted ongoing traffic growth.
Airports should focus on improving sustainability, boosting efficiency and connectivity through better use of technology and data, and taking a new approach to revenue generation, industry group ACI Europe said.

“Our airport economic model has been dependent upon and driven by the assurance of continued dynamic growth in air traffic,” ACI Europe director general Olivier Jankovec said at ACI Europe’s Annual Congress on Nov. 17. “But we can no longer assume that will be the case in the post-COVID-19 environment. Our industry needs to look to robust future-proofing with new ways of trading and operating.”

Jankovec announced the publication of a revised Sustainability Strategy for Airports to provide guidance for a sector stepping up its efforts to embrace sustainability post-COVID, in line with an existing commitment to reach net zero carbon emissions by 2050.

Airports also need to use data and technology to face up to the challenges of the post-COVID recovery, ACI Europe said, becoming hyperconnected infrastructure, embracing health and safety, operational efficiency and new mobility.

“Touchless, biometrics, sanitisation and health monitoring are already becoming part of a new airport operations normal. Regulators and policy makers will need to step up to this challenge hand-in-hand with industry,” he said.

Without the promise of steadily expanding revenues to rely on, airports will have to become more creative about revenue sources, ACI Europe said.

“Aeronautical charges and commercial revenues will need to be remodeled, with an emphasis on a user-pays principle as well as flexible and market-driven pricing. Ultimately, airports are looking towards the possibility of a new industry hyper-cooperation paradigm—where again, regulators will need to play a part,” the report said.

Jankovec predicted a post-COVID-19 future in which airports will face renewed competitive pressures on their aeronautical activities, as ULCC airlines emerge as structural winners and airline hybridization increases further.
“There are more than 750 commercial airports in Europe vying for traffic, yet only a dozen airlines that are actively shaping the air transport market,” Jankovec said. He called for airlines to step in to support airport investment and development, and airports to join with airlines to launch routes and services as the industry struggles to recover from the devastating drop in demand for travel since the pandemic began.

Revenues from commercial activities—in particular retail—are also being challenged as COVID-19 has pushed even more purchases into the digital world, ACI Europe noted.

The changes to strategy will be a challenge for all airports, but smaller regional ones that had been facing structural profitability issues for years in particular, the airport group said.

Jankovec said: “Airlines continue to cut back planned capacity in response to the further extension of local lockdowns in many countries—which are only adding further pain to the one already inflicted by severe cross border travel restrictions. As things stand, passenger traffic is heading back towards another full collapse similar to the one experienced in second quarter, when volumes were down by 96%.”

ACI Europe also sounded a warning over liquidity. The organization said Europe’s airports are currently burning cash at a rate of €350 million ($415 million) per week, down from €600 million in the second quarter. This shift is attributable to extensive cost-cutting but remains unsustainable and requires urgent government support.

The group added that Europe’s top 20 airports had so far cut operating expenses by 22% or €3 billion and capital expenditure by 37% or €2.6 billion. But the airports’ ability to cut operating costs further would be limited by their fixed cost bases and need to keep facilities running even amid thin traffic.