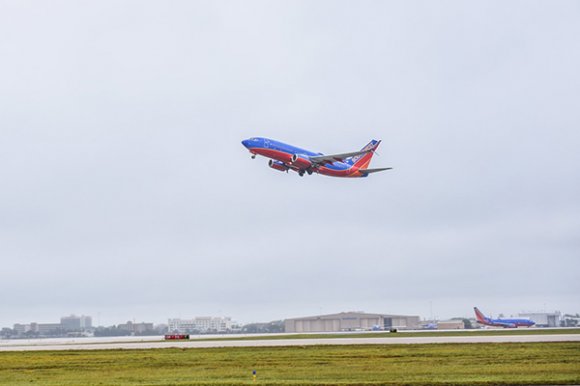 United Airlines is not too concerned about Southwest’s recent decision to launch flights from Houston Intercontinental (IAH) and Chicago O’Hare (ORD), concluding that its position in those hubs continues to be a point of strength.

Southwest has been adding numerous new markets during the COVID-19 pandemic, including Miami (MIA), Palm Springs, California (PSP) and Colorado Springs, Colorado (COS).

The airline’s decision to launch service from ORD and IAH drew a particular level of scrutiny given Southwest services Houston Hobby (HOU) and Chicago Midway (MDW) . Part of its logic for adding those airports is that their locations allow Southwest to better serve the northern portions of the Houston and Chicago metro areas.

Presently, ORD and IAH are United’s second and third largest hubs measured by seat deployment, according to data from Aviation Week’s CAPA and OAG. ORD is also a hub for American Airlines, but United’s seat share at the airport is roughly 49% compared with 29% for American.

United is not “overly concerned” about Southwest’s moves in the Chicago and Houston markets, company VP of corporate development and IR Michael Leskinen recently told analysts and investors. “As a network carrier in a hub … we have the higher ground,” he said.

“The reason Southwest is looking to fly in markets like Houston [Intercontinental] and Chicago O’Hare is because they’re incredibly strong markets with great business customers,” Leskinen said.

Leskinen noted that United is ensuring its value proposition to midsized corporate customers “as strong as ever.”

He also explained Southwest is also adding flights from those airports because it is “under competitive attack from the likes of [ULCCs] Spirit [Airlines] and Frontier [Airlines] for some of the most price sensitive leisure customers.”

Southwest is adding service from ORD in February to Baltimore/Washington (BWI), Dallas Love Field (LUV), Denver (DEN), Nashville (BNA) and Phoenix (PHX). There is already ample competition on those routes. Both American and United operate in all of those markets, serving Dallas through Dallas/Forth Worth (DFW). Frontier and Spirit also offer service from ORD to DEN and PHX. The ULCCs also serve DFW from ORD.

At the end of the third quarter, Southwest CEO Gary Kelly remarked that the airline’s new routes from O’Hare “are not leisure destinations per se, but there are plenty of consumers that we’re getting on our airplanes all over our system.”

Kelly explained that once the pandemic is over, Southwest does not have the ability to grow at MDW, “It is just literally not a feasible option,” he said. “I just can’t fathom that it’s a good strategy for our company to sit here and say for the next generation we cannot grow in Chicago.”

Noting that ORD is also no longer “real estate restricted,” Kelly added: “If we don’t move now, we risk never getting in there.”