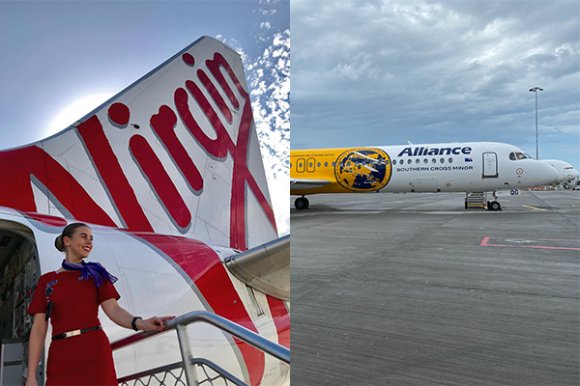 The Australian Competition and Consumer Commission (ACCC) said the cooperation was “likely to result in a public benefit” and assist Virgin Australia with the rebuild of its domestic network following the airline’s exit from administration.

The cooperation will allow Virgin Australia and Alliance Airlines to share information, and to agree on service capacity, schedules and potentially revenue sharing on the routes on which they operate, including for new routes not currently serviced by either airline.

“Cooperating to provide services on these regional routes will assist Virgin Australia and Alliance Airlines to efficiently manage capacity and quickly respond to increases in demand as travel restrictions ease,” Ridgeway said.

“We acknowledge there is some urgency to this matter. A delay in Virgin Australia fully re-establishing its network, while other airlines are increasing services in response to greater demand as travel restrictions ease, is likely to result in less competitive markets.”

“We consider that other airlines, including Qantas Airways and Qantas-owned Jetstar, are likely to compete strongly with Alliance Airlines and Virgin Australia on many of the routes covered by the agreement,” the official said.

Seventeen of the routes listed in the application originate in Alliance's home base of Brisbane (BNE), with a further six from Sydney (SYD). They include BNE-Proserpine (PPP) and SYD-Port Macquarie (PQQ).

The interim approval comes as Virgin Australia this week emerged from voluntary administration under new owner Bain Capital, the US private equity firm.

New Virgin Australia CEO Jayne Hrdlicka said the carrier would be repositioned as mid-market airline, somewhere between rival Qantas and LCC Jetstar. The carrier committed to retaining a domestic market share of about a third, which it said would be in line with its share before the pandemic.

“Australia already has a low-cost carrier and a traditional full-service airline, and we won’t be either,” Hrdlicka said. “Virgin Australia will be a mid-market carrier appealing to customers who are after a great value airfare and better service.”

Having granted interim authorisation for the tie-up between Virgin Australia and Alliance, the ACCC said it was seeking feedback before granting final approval.

Regional Express, known as REX, filed a letter of objection prior to the provisional approval, arguing that the clearance would allow the parties immediately to “start sharing cost information, strategic entry plans and future pricing.”

The carrier said: “Allowing competitors to share such sensitive information under an interim authorization carries significant risk as knowledge is not reversible; the parties simply cannot stop knowing what they know if final authorization is denied. Put simply, the egg cannot be unscrambled.”

On Nov. 19, REX signed an agreement for A$150 million ($109 million) funding from PAG Asia Capital that will allow it to launch flights between SYD, Melbourne (MEL) and BNE from March 2021.

“We will debut on the Sydney-Melbourne route with three aircraft on March 1, 2021 and will ramp up to five aircraft by Easter that will see flights to other capital cities,” REX chairman Lim Kim Hai said.

“Once the initial services are well established, we aim to progressively grow our fleet to cover all the major cities in Australia.”