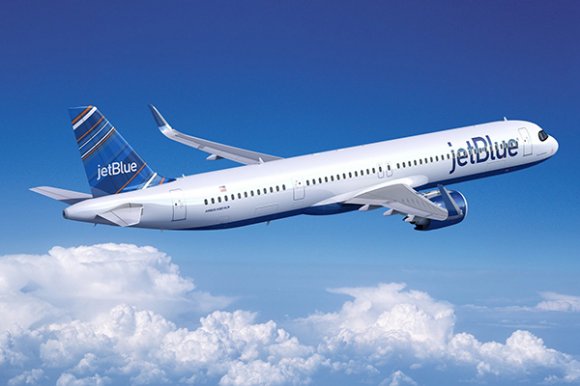 London remains JetBlue Airways’ number one priority but other markets in Europe are under consideration as the US carrier pushes ahead with its transatlantic expansion strategy, according to CEO Robin Hayes.

Speaking as part of Aviation Week Network’s Air Transport Month, Hayes said the planned launch of routes to London next year would be “brilliantly timed” despite the impact of the COVID-19 pandemic on long-haul travel.

“There’s a reluctance to fly right now but very few people say that they don't ever want to fly again,” Hayes said. “By the time we get to next summer it’ll be nearly 18 months for some people before they’ve had a vacation or seen friends and family.

“We actually think next summer will be relatively strong and we therefore think our time to serve London is actually brilliantly timed.”

JetBlue intends to open multiple daily flights to London during 2021 from both New York (JFK) and Boston (BOS). The carrier is yet to reveal which of the UK capital’s airports will be served, but Hayes hinted that “more than one” London airport could be added to its network.

“The big opportunity for us in Europe is that we can come in and we can significantly reduce the price,” he said. “When we do this, we bring down fares in the entire market.

“Whether you fly us or not, you’re going to benefit from a lower fare—and by bringing down the fares, you stimulate traffic.”

Hear from Robin Hayes at Routes Reconnected. Click here to find out more.

Hayes said JetBlue would keep adding flights to London until there is a “permanent effect in bringing fares down significantly and creating excitement to fly again.” But he added the extended range of the Airbus A321LRs and A321XLRs on order opens up more possibilities across Europe.

JetBlue has 13 LRs and 13 XLRs on order, making most of Western Europe within reach. The XLR, unveiled at the Paris Air Show in 2019, is the latest evolution of the A321neo aircraft family and features an extended range of 4,700 nm—some 600 nm more than the LR.

“And with a 321—whether it’s an LR or an XLR—what we can do is fly to Europe in the summer and then we can point it south to the Caribbean or Latin America in the winter. So that allows that aeroplane to perform all year round.”

Hayes said JetBlue therefore expects to launch seasonal routes to a number of European leisure destinations over the coming years. Italy is one market that has been mooted given the existing leisure and VFR demand from New York and Boston.