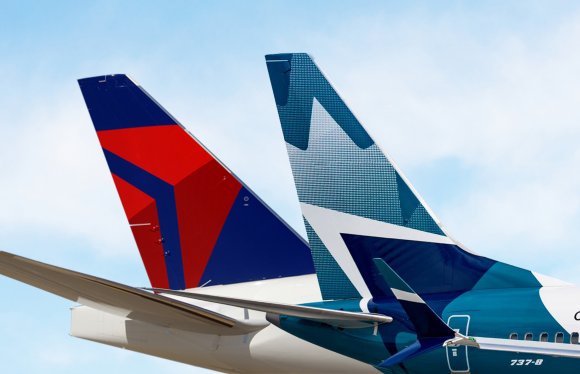 US carrier Delta Air Lines and Canada’s WestJet have pulled the plug on a planned joint venture (JV), which would have seen the airlines deepen their existing codeshare partnership and coordinate schedules on transborder routes.

The US Department of Transportation (DOT) tentatively granted antitrust immunity to the proposed tie-up in late October, providing the carriers remove WestJet’s ULCC Swoop from the alliance and divest 16 takeoff and landing slots at New York City’s LaGuardia Airport (LGA).

However, the airlines have now withdrawn their application to form a JV, deciding that the conditions being imposed by the DOT were “unreasonable and unacceptable.”

In a joint filing to the US government, the carriers said the “most onerous” demand would require WestJet to sell all of its slots at LGA or else SkyTeam member Delta to divest eight slot pairs from its portfolio, despite the fact that the airlines do not compete with each other at the airport.

They added: “The divested slots would almost certainly not even be used to compete with the JV. They would likely be redeployed by the recipient to use in domestic or other markets which are outside the JV scope.

“Moreover, the proposed divestitures would either result in reduced capacity on the New York-Toronto route where WestJet currently deploys those slots, or else harm the public interest by forcing Delta to reduce or eliminate service Delta currently offers from LGA to small and medium-sized US communities.”

Delta and WestJet described the slot divesture demand as “unacceptable and unjustified,” arguing that the requirement “ignores the facts that WestJet would remain the sole holder of its slots with ultimate control over their use.”

Delta’s share of operations at LGA is about 45%, which it said was “far less than the share that other hub operators have at other hub airports even in the New York area.”

The airlines added that losing slots would deprive them “of critical operating rights at one of the most important strategic hubs in Delta’s global network at a time when Delta is investing billions of dollars of its own capital in a comprehensive facilities improvement project at this airport.”

They also said the carve-out of Swoop would diminish the consumer benefits of the JV.

Delta and WestJet concluded by claiming the DOT proposed to treat them differently than it has treated the “more established and dominant” antitrust-immunized United Airlines-Air Canada route alliance.

“This unexplained and unjustifiable disparate treatment is arbitrary, capricious, and an abuse of the Department’s discretion,” the airlines said.

Delta and WestJet signed a definitive agreement to create a transborder JV in July 2018, with the partnership expected to expand codesharing, align frequent flyer programs, jointly coordinate schedules and provide the ability to work together on cargo operations.

The airlines previously said the US-Canada partnership would deliver more than $241 million in annual consumer benefits and create an expanded route network linking 8,100 city-pairs. The Canadian Competition Bureau cleared the plans in July 2019 after conducting its own investigation.