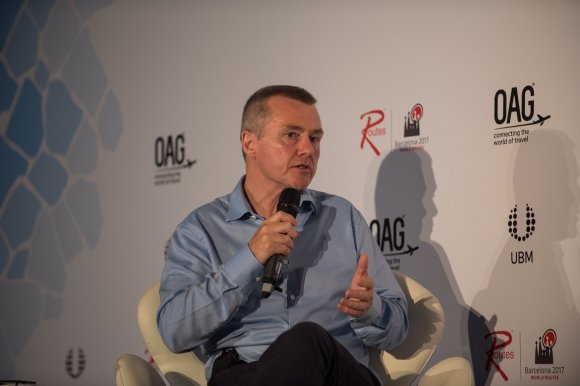 Former International Airlines Group (IAG) chief executive Willie Walsh has been nominated as the next director general and CEO of IATA.

IATA’s board of governors will formally recommend the appointment of 59-year old Walsh to the annual general assembly (AGM) Nov. 24. If confirmed, Walsh will become IATA’s eighth director general from April 1, 2021.

The leadership change comes in the middle of the air transport industry’s worst crisis on record, but also at a time in which the sector can for the first time hope that recovery is nearing with COVID-19 vaccines nearing emergency approvals in the US and Europe.

As the industry climbs out of the crisis, it needs to redefine its priorities in key policy matters, its business strategies with governments now deeply involved in the sector as shareholders or through bail-outs, and with rising environmental pressures.

IATA stated that de Juniac himself announced his attention to step down from his position “several months ago” after four years. De Juniac’s current term would have ended in August 2020. IATA said in December 2019 that its board of governors planned to recommend extending de Juniac’s term to the AGM which was initially to be held in Amsterdam in June. Because of the COVID-19 pandemic, the annual event was delayed to November and is now virtual-only.

De Juniac, 58, claimed that “in the last years IATA has strategically increased its relevance as the voice of the global airline industry” and that it has “set the course to restore air connectivity amid the pandemic with systematic pre-departure testing.” Also, “we have restructured IATA to survive the crisis and be ready to support the industry recovery with an organization dimensioned to serve a smaller industry,” de Juniac said. “Now is the right time to hand over IATA’s leadership for the long process of recovery.”

Walsh stepped down from IAG in September after having extended his tenure beyond his initially planned departure time to help manage the group through the unfolding pandemic. Before IAG, Walsh has led British Airways, Aer Lingus and Futura, a Spanish leisure airline. He is credited for turning first BA, then IAG, into highly profitable operations, yet has been criticized by unions for his sometimes uncompromising positions.

Walsh started his career in aviation as a pilot and was a Boeing 737 Captain before focusing on management. The search for a de Juniac successor was undertaken by the current chairman of IATA’s Board, Lufthansa CEO Carsten Spohr. While having run competing airlines, Spohr and Walsh have also aligned, pushed industry matters together and are known to respect each other.

Following his departure from IAG, Walsh had no full-time job but had started to accept board positions.

The appointment indicates that IATA is seeking to take a more aggressive, transformational stance on important issues as the industry begins to emerge from the COVID-19 crisis.

Walsh is known–and highly regarded among colleagues—to take pointed positions and fight hard for them publicly, not shying away from conflicts where needed. Walsh has forcefully fought for industry interests, among others as a former chairman of the IATA Board, and has been strongly engaged at IATA events for many years. Yet, Walsh has not always taken mainstream positions: Walsh pushed IAG to go far beyond the industry’s general environmental targets, saying that those had become insufficient.

Also, Walsh has frequently expressed admiration for the rise of the big three Gulf carriers at a time when other European and U.S. legacy carriers fought a lobbying battle against state aid for Emirates, Etihad, and Qatar Airways. The latter is now IAG’s biggest single shareholder.

Walsh has also made no secret of his sympathy for LCC business models such as Ryanair’s and has praised Norwegian’s former CEO Bjørn Kjos for his courage to get into long-haul low-cost. IAG at one point launched a takeover attempt of Norwegian, which ultimately failed; IAG now has two low-cost affiliates in its own portfolio: Vueling and Level.

Opening up IATA to LCCs and thus forming a broader industry base is likely to be a priority for Walsh in his new role, as is a reinforced environmental policy, among other issues.