ASM’s new route announcement database for the period October 2018-September 2020 shows that across Europe, the average indirect demand for an unserved route at time of announcement was 9,136 passengers.

For Ryanair, the airline which globally has announced more new routes than any other carrier in the last two years, the average is much smaller.

Across Europe, the average indirect market demand for an unserved market at time of announcement is 9,136 passenger per year, demonstrating that Ryanair is launching the majority of its new unserved routes with demand far below the European average. 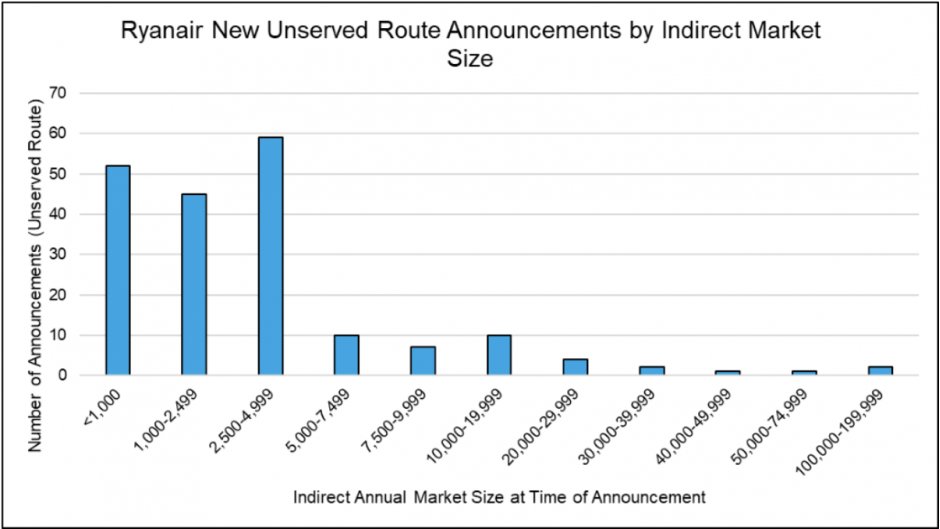 For routes where Ryanair is entering an already-served market, however, the average market size was 50,000 passenger a year. The vast difference indicates the extent that the carrier is confident of its ability to stimulate new markets from very little demand.

“For markets across Europe, indirect demand only tells half of the story. Airports often struggle to fully understand the level of leakage of their catchment area, which would add further strength to the business case.”

Download ASM's Route Announcement Trends; Market Sizing and Stimulation whitepaper now. Find out what patterns drive new route announcements, what evidence exists within the market data, and how this evidence could guide airports, destinations, OEMs and other industry stakeholders in their approach to the global markets.