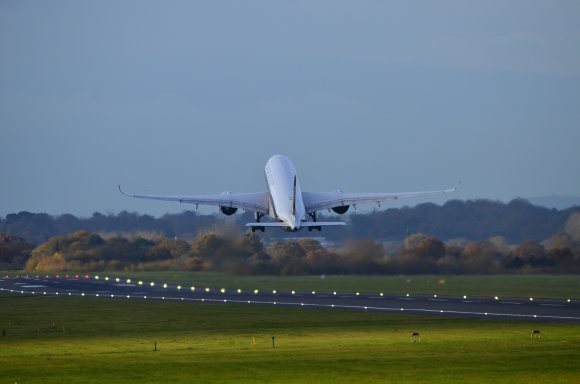 After resuming ultra-long-haul flights between Singapore and New York earlier this month, Singapore Airlines (SIA) is continuing to rebuild its US network with the restart of service to San Francisco (SFO). In addition, the carrier will also expand its existing flight schedule from Los Angeles (LAX) to Singapore (SIN), increasing nonstop flight frequency to 5X-weekly.

Starting on Dec. 17, SQ flight 33 will depart SFO en route to SIN on Mondays, Thursdays and Saturdays, arriving at SIN two days later because of the time difference. Estimated travel time is 17 hrs. and 35 min. The return flight, SQ 34, will depart SIN on Tuesdays, Thursdays and Saturdays, arriving in SFO the same day.  Estimated travel time is 14 hrs and 40 mins.

The airline plans to utilize a two-class, ultra-long-range variant of the Airbus A350-900 aircraft on the route, offering 67 business class seats and 94 premium economy seats.

SIA regional VP for the Americas Joey Seow said the resumption of SIA-SFO flights and the expansion of LAX frequencies “demonstrates that the slow, steady process of rebuilding” the carrier’s US network.

“A full recovery to pre-COVID levels will take time, but we are encouraged by the continued, robust demand for cargo services and by some early signs of optimism for air travel,” Seow added.

Currently, US passport holders are permitted to transit at SIN if they are traveling to a destination accepting American passengers.