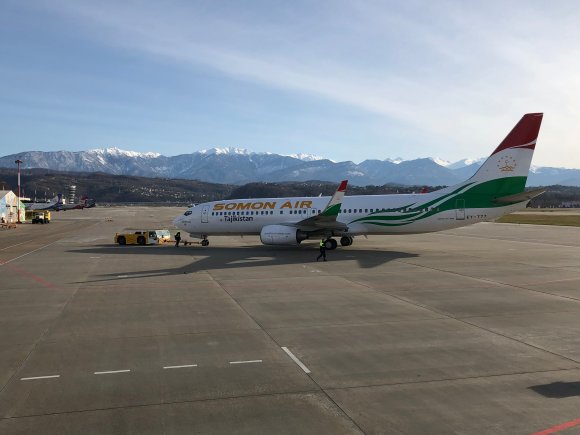 Somon Air hopes to tie up a deal to add the Boeing 737 MAX to its fleet before the end of the year, which would allow the carrier to expand its network further east and west.

Speaking as part of the Routes Reconnected 2020 conference program, Somon CEO Thomas Hallam said the airline has been in talks to take two MAX-8 jets, with options for two MAX-10s.

“We're finally getting down to the final paperwork here about an order for two MAX-8 aircraft,” he said. “I hope that we'll be signing that order before the New Year. We're looking at the MAX-8 [initially] with the option for two MAX-10s.”

The MAX family, which has been grounded since March last year after two fatal crashes, is expected to re-enter commercial service in the US in December. The European Union Aviation Safety Agency also looks set to approve the jet’s airworthiness.

Somon Air hopes to add the first of the two MAX-8s to its fleet during summer 2021. Hallam said this would enable the airline to expand is network, with China, South Korea and parts of Western Europe key targets.

Hallam explained that Seoul, Beijing and Shanghai have long been targets for the carrier but flying nonstop from Tajikistan’s capital Dushanbe (DYU) hasn’t been possible due to the range of its current fleet.

He added that the MAX-8 would also allow Somon Air to operate its existing 4,822-km (2996 mi.) route to Frankfurt (FRA) more efficiently, as well as evaluating the potential for direct services to Amsterdam (AMS) and Paris Charles de Gaulle (CDG).