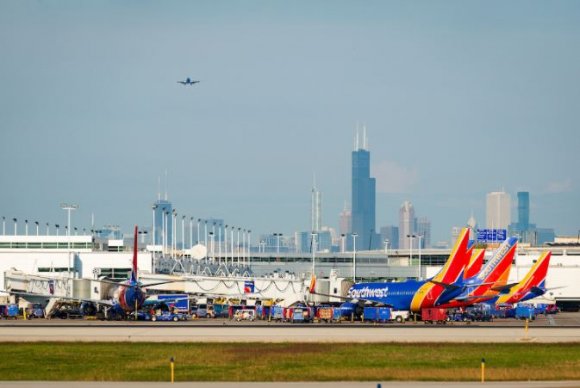 Capacity trends in the US domestic market have stabilized somewhat although recent run-rate levels could be threatened over the coming weeks by the country’s third, and potentially largest, COVID-19 wave.

While the initial two US waves were generally geographically focused—spring in the Northeast, summer in the Sun Belt—the current wave is spread across a much broader geographic footprint.

US domestic scheduled departures are down 40% in December as carriers continue to gauge holiday demand during this latest wave of the outbreak. American Airlines, United Airlines and Southwest Airlines are each down approximately 45%, with Delta taking a more aggressive approach with a smaller 32% decline.

The expiration of the US government’s CARES Act on Sept. 30 has also resulted in more severe furloughs of airline staff and schedule reductions.

However, several carriers, in particular Southwest, have capitalized on tactical opportunities to introduce new service to both new city pairs and entirely new airport markets.  In most—but not all—of these cases, additions have been leisure/VFR in nature.

US-international scheduled departures are down 55% in December, with much of that driven by the ongoing disruption in the US-Canada market. The border closure between the two countries has been in place since March and is scheduled to remain shut until Dec. 21 at the earliest.

Unlike its neighbor to the south, the Canadian government has not formally introduced a support program for its commercial airlines and related stakeholders. In addition, the generally stricter ongoing quarantine protocols—including travel between domestic provinces—continue to severely dampen both domestic and international demand.

Canadian domestic departures are down 60% during December. However, media reports suggest that the country’s government is now willing to discuss a more formal support program for the struggling industry.

The Mexican market has held up generally better, with December departures down only 30-35% from 2019 levels. Transborder U.S.-Mexico operations for December are within 15% of 2019 levels.