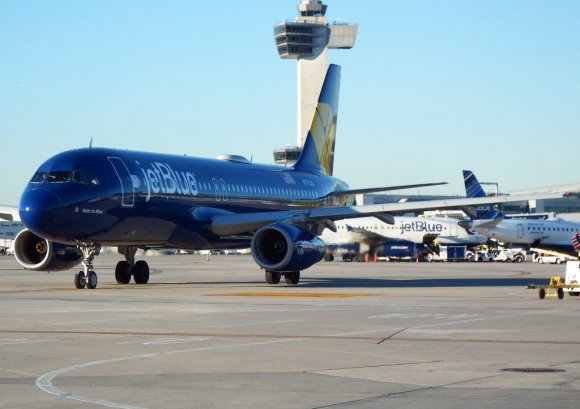 The COVID-19 pandemic is allowing JetBlue Airways to test new markets and routes that were not on the radar before the outbreak, according to CEO Robin Hayes.

Speaking during a keynote interview as part of the Routes Reconnected conference program, Hayes said it was a “fabulous time” to experiment with network strategy. During the pandemic, he explained that the New York-based carrier has opened 62 new routes, as well as bolstering the airline's position at Newark (EWR) and Los Angeles (LAX).

“When you’ve got every airplane flying, you’re constantly looking at the routes,” Hayes said. “Of course, there’s opportunities to add new routes—as you’re either taking on new aircraft or moving routes off your network that aren’t working—but it’s a relatively small amount of capacity.

“At JetBlue, we grow about 5-7% a year and most of that is usually adding capacity to current markets. Suddenly, we have airplanes sitting on the ground and we have business travel demand that's likely to face a press for a while, so we have a tremendous amount of assets to try new things.”

In July, JetBlue announced plans to pull out of Long Beach Airport (LGB) and consolidate its Greater Los Angeles area service at LAX, with the aim of operating as many as 70 daily departures from the airport by 2025.

The airline has also expanded from markets like Bradley International Airport ({{BDL}}) in Hartford, Connecticut, where it has added domestic flights to LAX, Las Vegas (LAS) and San Francisco (SFO), as well as international service to Cancun (CUN) in Mexico.

“We think that’s going to support flights from Hartford to the West Coast. Therefore, as part of our new route package, we’re expanding from Hartford as we believe people are going to want to fly from airports that are physically closer to them.”

However, Hayes said there remains much uncertainty when it comes to planning new routes, likening network strategy at the moment to a children’s soccer game.

“You’ve got all the kids chasing the ball with no concept of their playing position,” he said. “That’s what happened in the airline industry. In an environment where there’s hardly any demand, everyone is chasing the ball and not playing in their usual positions.”