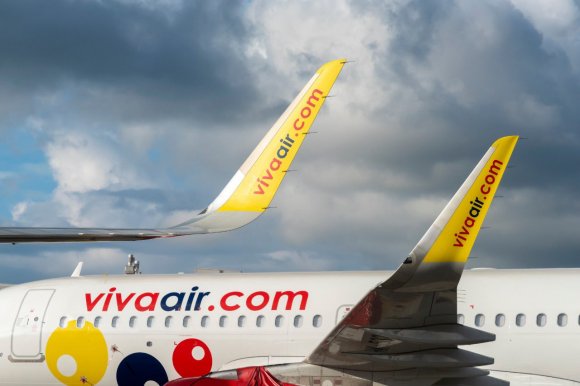 Viva Air is gearing up for further expansion in the Latin American market with the potential launch of a third airline, as well as the broadening of its Colombian domestic and international route network.

CEO Felix Antelo said the company, which operates ULCCs in Colombia and Peru, was close to securing another Air Operator Certificate (AOC) before the COVID-19 outbreak. Although these plans have now been delayed, the creation of a third airline remains on the agenda.

“We’ve been looking at countries in Central America and South America,” Antelo told delegates during the Routes Reconnected conference program. “That is still the case, but the plans will be delayed a little bit. We are still looking at opportunities and it could be 2022.”

Antelo did not disclose which country Viva Air is targeting although Declan Ryan, the managing partner of parent Irelandia Aviation, told Routes in 2018 that the business was considering the Ecuadorian market “very seriously.”

As well as plans for a third domestic carrier, Antelo said the level of demand in Colombia for domestic and international flying since coronavirus-related travel restrictions were eased in September has given the airline the confidence to push ahead with the launch of several new routes.

Viva Air Colombia returned to Cali (CLO) in February—almost three years after exiting the market—and has since begun a 4X-weekly service to Bogota (BOG). Flights to Barranquilla (BAQ) and Santa Maria (RIA) will start this week alongside the opening of a two-aircraft base at the airport.

“In Colombia we are now flying more routes now than we had pre-pandemic as we’ve grown quite aggressively in the Cali market,” Antelo said. “That speaks volumes about the demand we are seeing for our model—and we won't stop there.”

According to OAG Schedules Analyser data, Viva Air Colombia will operate six routes from CLO during December, providing more than 41,000 departure seats. Documents filed with the Civil Aviation Authority of Colombia in October suggest further expansion is planned, with the ULCC applying to fly an additional six domestic routes from the airport.

Antelo said Viva Air Colombia also intends to start new international services next year. He explained that four routes were due to begin un summer 2020, but they have been pushed back to 2021.

“At the end of March, we were five days away from announcing the launch of four international routes from Colombia to destinations within range of the A320neo,” he said.

“There was a destination in the US, a couple of destinations in the Caribbean, and one in South America. All the business plans were complete, and the permits were in place, but we obviously had to postpone them. They will happen although probably not until June or July 2021.”

Antelo said the Chapter 11 bankruptcies in the US of Avianca and LATAM Airlines Group means it is a good time for Viva Air to explore new markets and stimulate demand with low fares. However, he cautioned that the two carriers would emerge from the process with a lower cost base and so competition would be intense.

ULCC competition in Colombia’s market is also growing, with JetSMART beginning flights to the country in late 2019 and William Shaw—the former CEO of Viva Air—set to launch a new carrier named Ultra Air.

Antelo said he expects there will therefore be consolidation in Latin America’s market, not only with ULCCs but also with legacy carriers. “I thought this pre-COVID and I think the pandemic will accelerate that,” he said.

“It won’t only be in Latin America—I see this coming in the US and Europe. You need scale to run a very efficient airline and that will come through consolidation over the next three to five years.”